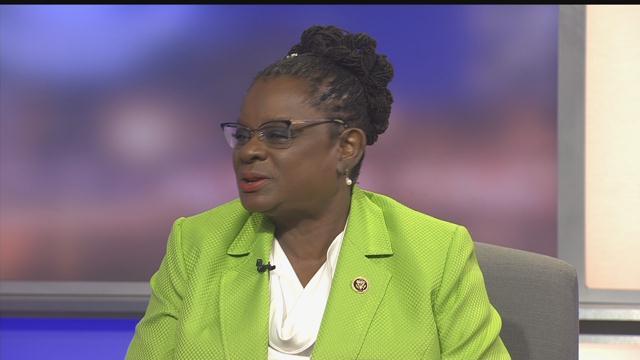 Democratic Congresswoman Gwen Moore (WI-04) joined us live on the CBS 58 News at Four to talk about how Milwaukee got to the point of neighborhood violence over the weekend, and where the city can go from here.  Moore thinks the unrest is about more than just an officer-involved shooting "I think that may have been a tipping point for some people, but this has been in the making for decades," she said.

Many in Milwaukee are now searching for solutions, Moore thinks that with the right policy initiatives, the problem can be fixed. "If we in Congress would simply fill the gap, the dearth in infrastructure funding, we could create 20-million jobs in this country."

But Rep. Moore admits, the people behind Milwaukee's unrest and violence need more than just a place to work. "Get them a job, but they want to be heard, they want to be respected. As one of my neighbors told me, they want to have a life."

Rep. Moore released a statement in the hours after the shooting, you can read the full statement below:

“The fractured relationship between local law enforcement officials and the communities they are sworn to protect has become further strained by Saturday’s officer-involved shooting. There is still much to learn regarding this incident, however, we simply cannot close our eyes to the hostile environment cultivated by the flagrant racial inequality and segregation that has plagued Milwaukee for generations. We also cannot allow anyone to take out their aggressions on our local businesses and homes or take the law into their own hands.

“I share the frustration of my constituents who feel they live in a city where justice is only afforded to some and not all. I also share the frustration of our local police officers who are desperately trying to uphold public safety in what they perceive as a caustic climate. We must find a way to strike a balance where we can peacefully point out the racial inequities in our society while recognizing the valuable role police play in our community.

“As details continue to emerge about this shooting, I ask our community to remain calm and recommit to doing everything in our collective power to live up to our nation’s promise of ‘justice for all.’ Together, Milwaukee will weather this storm.”