Recovery Continues for Pick N Save Employee Hit by Car 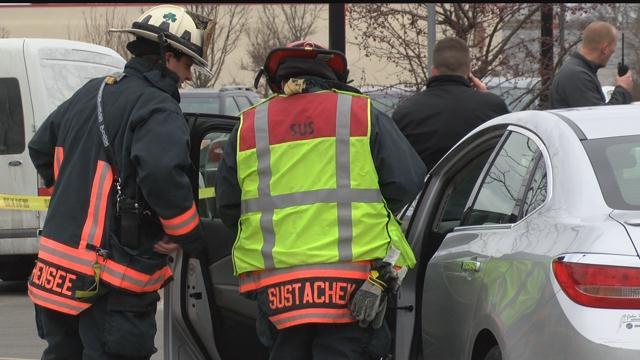 The Pick N Save employee who ended up trapped under a car last week is still in the hospital. Tuesday we heard the frantic 9-1-1 calls from witnesses.

Co-workers are identifying that woman as Vanessa Rodgers; and days later, she is still fighting for her life at Froedtert. But according to police this was a tragic accident and 911 calls show witnesses were doing everything they could to help the young woman.

"Is she breathing?" asked the 9-1-1 dispatcher from Greenfield.

"She's making noise, but the whole car is on top of her, she's completely underneath it," you can hear the caller saying.

Greenfield's 9-1-1 dispatch was flooded with frantic calls on Friday afternoon, after 28-year-old Pick N Save employee Vanessa Rodgers was hit while walking into the store.

Trapped underneath the car of an elderly driver who was trying to leave the parking lot.

"We're trying to gas up the car ourselves," said another caller, while the dispatcher advises those who are helping to not touch Rodgers.

You can hear in the 9-1-1 calls, witnesses were doing their best to free Rodgers until first responders showed up.

She was taken to Froedtert, where she's still in critical condition. And while the calls highlight just how tragic the situation is, police say speed was not a factor in the crash and the driver has been cooperative.

There are two different GoFundMe pages set up for Rodgers, you can access them here: