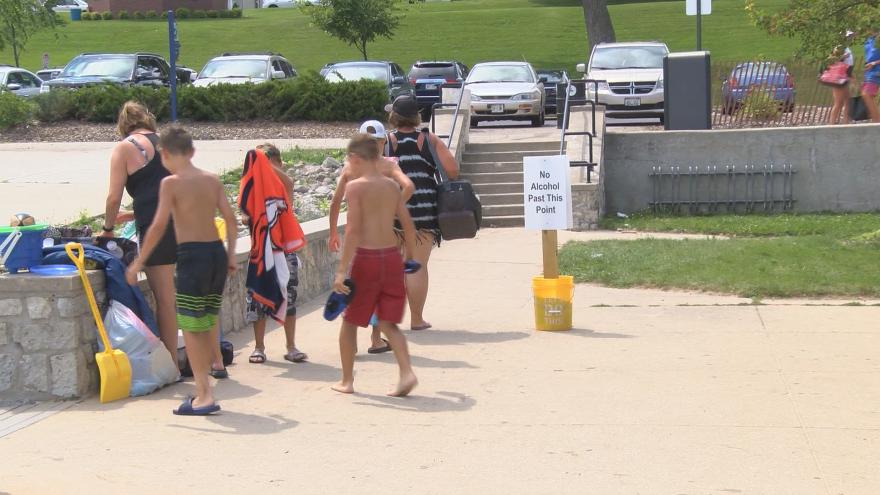 Several beach goers said the weather was too nice on Monday to stay indoors. And some parents say they’ll keep closer eye on their kids when they’re in the water.

The drowning of 16-year-old Amari Donell Griffin-Brewer was the second one in June. On the fourth of July a 14-year-old drowned in the Root River after being trapped by the current in a storm drain.

Parents at the beach said incidents like that have kept them on high alert and keeping a closer eye on their children in the water.

“There’s a good amount of life guards here and they’re in the water watching. They only have a small portion to watch and then the next one comes in. There’s quite a few of them (lifeguards) so I felt totally safe,” said Rhianna Piontea  a visitor at North Beach in Racine.