Rally to save the Keno Drive-In 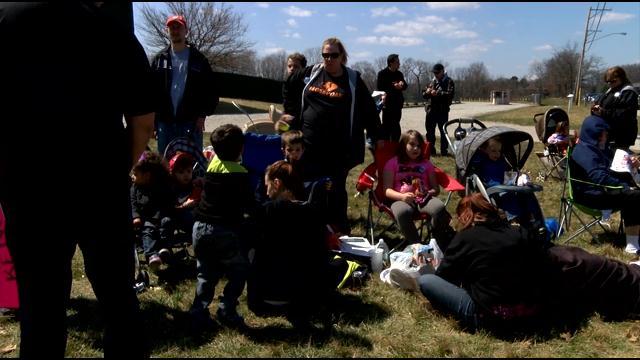 It sounds very much like the closing of the Keno Drive-In in Kenosha is already a done deal, but some residents aren't ready to give up the fight.

Families rallied at the landmark  to show their support.

\"My question is why would you ever buy it if this is the way you wanted it to end? We want our drive-in!\" said John Oldham.

John Oldham has led the charge to save the drive-in after the owner of the property, Steve Mills, decided not to renew Keno-Drive in's lease.

According to the village, Mills would like to raze the drive-in and build retail space.

\"I personally walked around the village of Pleasant Prairie and I've not had one that's up for that, not a one,\" said Oldham.

Everyone who was here today says this fight is about preserving memories. Almost everyone in Southeastern Wisconsin has memories here at the Keno drive-in.

\"We're talking 1949. That's six decades. How many families have enjoyed this place and how many want to continue?\" asked Oldham.

\"It was great they had big events. Fireowrks on the weekends, Oscar Meier Weinermobile was here once too,\" said Regano.

There are three proposed plans for the plot of land one of which could be approved by the village council next week.

\"Kenosha really needs something like this. We're losing everything. We lost out on the casino. I wouldn't want someone telling me what to do with my property either but this is such a community gathering place, He should maybe take that into consideration because he could really be a hero to a lot of people, \" another community member said about Mills.

We reached out to the person who owns the property the drive in is located on but he has not gotten back to us.