Racine Charity in the dark After Inheriting $14,000 Energy Bill 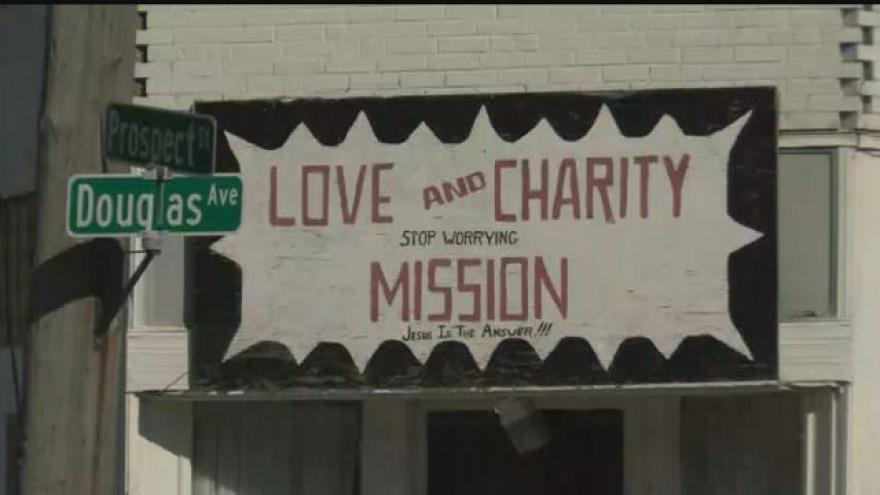 A charitable organization in Racine  is without lights after they say they inherited a huge energy bill from the previous owner.

Love and Charity Mission has been a staple in the city of Racine for more than 50 years; run by Louise Hunter.
Her grandson Larry is trying to carry on her mission in his own way, in this same building, but can't thanks to a $14,000 dollar energy bill.

"Just because you move does not erase any past arrears you have with us," said Cathy Schulze, spokesperson for WE Energies.

The lights here at the former Love and Charity Mission are off. And that's because of a background check ran by WE energies on the building's new owners, Touched by an Angel Network…or TBAAN, Inc.

"We found out that there was a connection to those previous owners so we denied the request to start new service there," said Schulze.

The CEO of TBAAN, Larry Love, Jr is the grandson of Louise Hunter,who ran Love and Charity Mission and also ran up a $14,000 energy bill.

"She cared about everyone so much sometimes she put off bills so the community would have a place to come for food," said her grandson Larry.

"In the past we had a lot more coming in from local organizations that we were counting on these past few years and they just haven't come in," said Christian Kielbasa, secretary for Love and Charity Mission.

Love says his group is entirely different from his grandma's, focusing more on children.

He says that transferring the deed to his company had been planned for years and wasn't a way to avoid the bill.

"Once it was the proper time to do this then we started taking measures to try to transfer and do things for TBAAN, Inc," said Love.

And while Love and Charity still plans to fund-raise to pay for the bill, Love says he will also work to help his grandma, so he can start on his mission.

"I'm hoping and praying that somehow this bill goes away. If it doesn't and we have to come up with the money, we'll fund raise," he said.

WE Energies says even with the transfer of the deed, which happened August 4th, someone still has to pay the bill. And Love says he recognizes that, but his corporation had nothing to do with Love and Charity and this will all delay the start date of the new group. He hopes to have TBAAN up and running in the next year.

Meanwhile, Love and Charity Mission continues to run in it's other location on Rapids Drive, housing a few people in need. WE Energies says they've had a different experience at that location, and the lights will remain on.

If you'd like to make a donation to help Love and Charity Mission, you're welcome to do so by contacting Mother Hunter yourself: (262) 634-7059

Love says, you can also help by calling WE Energies and making a contribution toward the outstanding bill.

He also has a GoFundMe Page for TBAAN; funds of which he says will be used to help out with the bill. You can find that by clicking here: https://www.gofundme.com/289msfuk

You can also contact Larry Love with any donations or questions by visiting the TBAAN Facebook page: https://m.facebook.com/Touched-By-An-Angel-Network-TBAAN-INC-258972744186343/