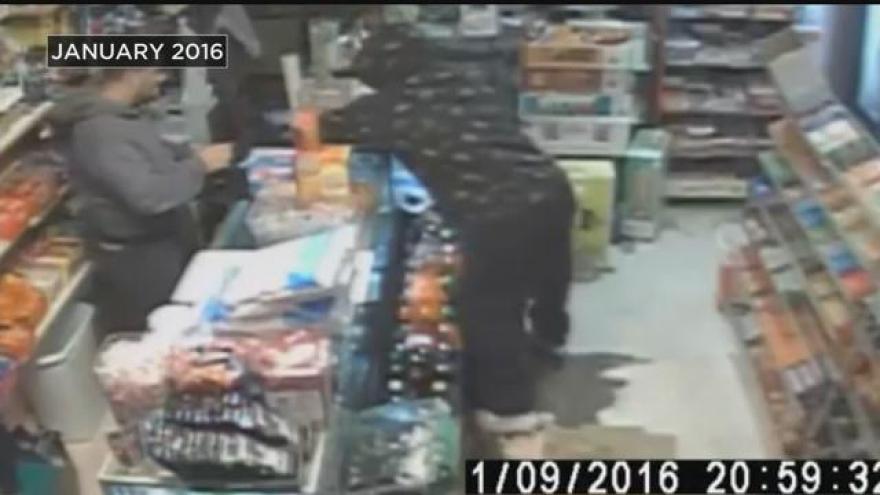 It happened just before 11 AM at Your Mini Sweet Shop On South Memorial Drive near Linden Avenue. Police say it is the third armed robbery at the shop in just over a year.

“I really can't tell ya [why],” said Sgt. Adam Malacara, with the Racine Police Department, “It's a small candy store so it's hard to say why it would be targeted.”

Police are still searching for suspects in Tuesday’s case.

“There was a few gentlemen, I believe, that entered the store, a weapon was displayed and they demanded money,” Sgt. Malacara said.

The owner, who did not want to be identified, tells CBS 58 the suspects took money and cigarettes.

Police do have surveillance footage of Tuesday's suspects but are not releasing it at this time.

When the shop was hit back in January of 2016 surveillance video led to a suspect's arrest.

The store was also robbed in June of 2016. The three suspects in that case were never caught.

Police say they don't know if the two unsolved robberies are connected.

The store’s owner says though he already has cameras inside the store, he now plans to add cameras outside as well.