Quick facts about the solar eclipse 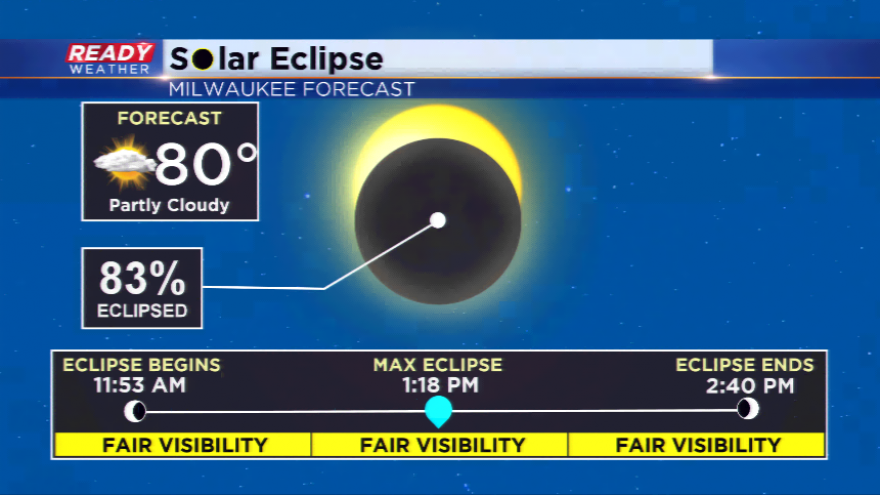 Can you believe the solar eclipse is a week out? The first solar eclipse in four decades in the continental U.S. will take place next Monday. Here are a few key points for the big event:

*First total solar eclipse to affect ONLY the U.S. since 1776. Yes, this eclipse is ONLY visible in the United States.

*The total eclipse will begin in Oregon at 9:16am CDT and end in South Carolina at 1:48pm CDT.

*Southeastern Wisconsin will see 83 percent totality, much different than the 100% expected farther south and west.

Make sure to wear protective eye wear is viewing the eclipse. The proper solar viewers and glasses will have "ISO 12312-2".