Put down the doughnut: Trans fat may hurt your memory 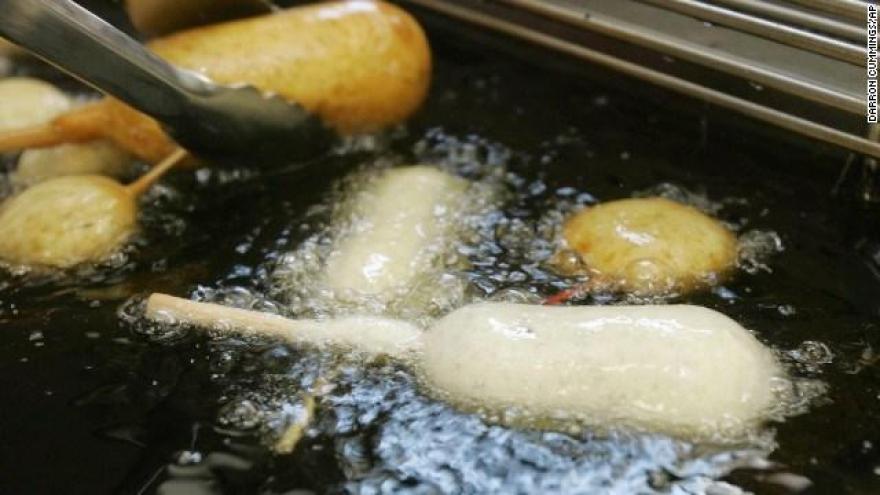 CNN - If you can't remember where your car keys are, you may want to eat fewer muffins.

It turns out the more trans fat you eat, the less you may remember, according to a study presented at the American Heart Association's scientific conference last week. Maybe that explains why some people don't know how they pack on the pounds over the holidays.

To look at what role trans fat played in memory, scientists in this new study looked at the diets of about 1,000 working-age healthy men.

The participants were shown 104 cards with words on them. With each new card the adult was shown, he was asked whether the word was new or had been repeated.

Examining their blood, scientists discovered that a disproportionate number of people who had a lot of trans fat in their system remembered fewer words than those with less in their system.

This is not the first study to show a link between memory problems and high-fat diets, but it is one of the first to look at this large a group of younger adult men. A 2012 study of older women found those who consumed more fat of all types had memory challenges. A 2013 study in the UK found similar results in a small number of young women.

However, it is still unclear what the direct connection is between trans fat and memory. A study like this can't prove cause and effect, but the researchers speculate one reason for the results may be that consuming large quantities of trans fat may cause oxidative stress, a kind of cell damage.

Dr. Olivia Okereke, an assistant professor of psychiatry at Harvard Medical School, has studied this issue with an older female population and thinks the oxidative stress theory is plausible. She also wonders whether there were other factors in the men's lives that lead to memory problems.

"Many of the men consuming the highest amounts of trans fat may also be the ones with the least healthy lifestyles or with the highest prevalence of health problems," she said.

Because of the obesity epidemic, there has been a concerted effort by doctors and the federal government to get trans fat out of American diets.

The FDA takes on trans fat

The American Heart Association advises Americans to eat no more than 2 grams of trans fat a day. That is what would naturally be found in the meat and dairy people typically eat. The dietary problems generally start when people eat a lot of processed foods.

Manufacturers started using trans fat to length the amount of time food could sit on a shelf, processed food in particular.

In 2006, the FDA required manufacturers to list the amount of trans fat on nutrition labels. That requirement caused many companies to reduce the trans fat from their products ... at least some of it. The law still allows companies to list products as "trans fat free" even if they have 0.5 grams of fat.

"From a health standpoint, trans fat consumption has been linked to higher body weight, more aggression and heart disease," study author Dr. Beatrice Golomb said. She often warns patients against eating a diet rich in trans fats. "As I tell patients, while trans fats increase the shelf life of foods, they reduce the shelf life of patients."
Share this article: