Purple is back! Bucks unveil new 'Light It Up' Classic Edition uniforms 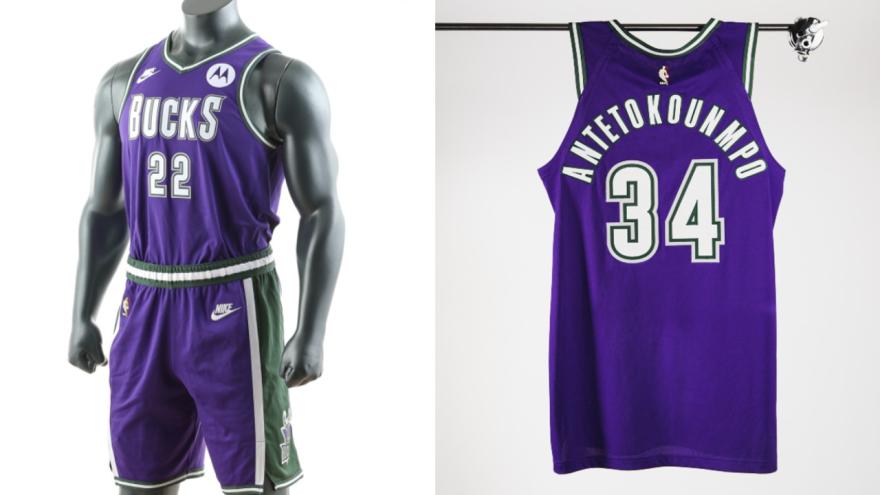 MILWAUKEE (CBS 58) -- Purple is back! The Milwaukee Bucks unveiled new "Light It Up" Classic Edition uniforms Thursday, Aug. 11, for the 2022-23 season, featuring the iconic purple and green from the team's road uniforms that were worn during the 1990s and early 2000s.

According to a news release, the "Light It Up" Classic Edition uniform honors the dawn of the franchise's Big 3 era and a replica of the team's road uniforms that were worn between 1994 and 2006. They became synonymous with Ray Allen, Sam Cassell and Glenn Robinson. In addition to the purple base color, the uniforms feature the team’s logo from that era on the shorts and the silver “BUCKS” wordmark across the chest with green and white trim around the whole uniform.

The new uniforms will join the Bucks rotation of their Association (white), Icon (green) and recently unveiled Statement (black) uniforms to be worn during the 2022-23 season. The team will also wear a new City Edition uniform this season, which will be unveiled later this year.

Fans can preorder the Light It Up jersey HERE.

The entire “Light It Up” retail collection will be revealed and available near the start of the 2022-23 season.