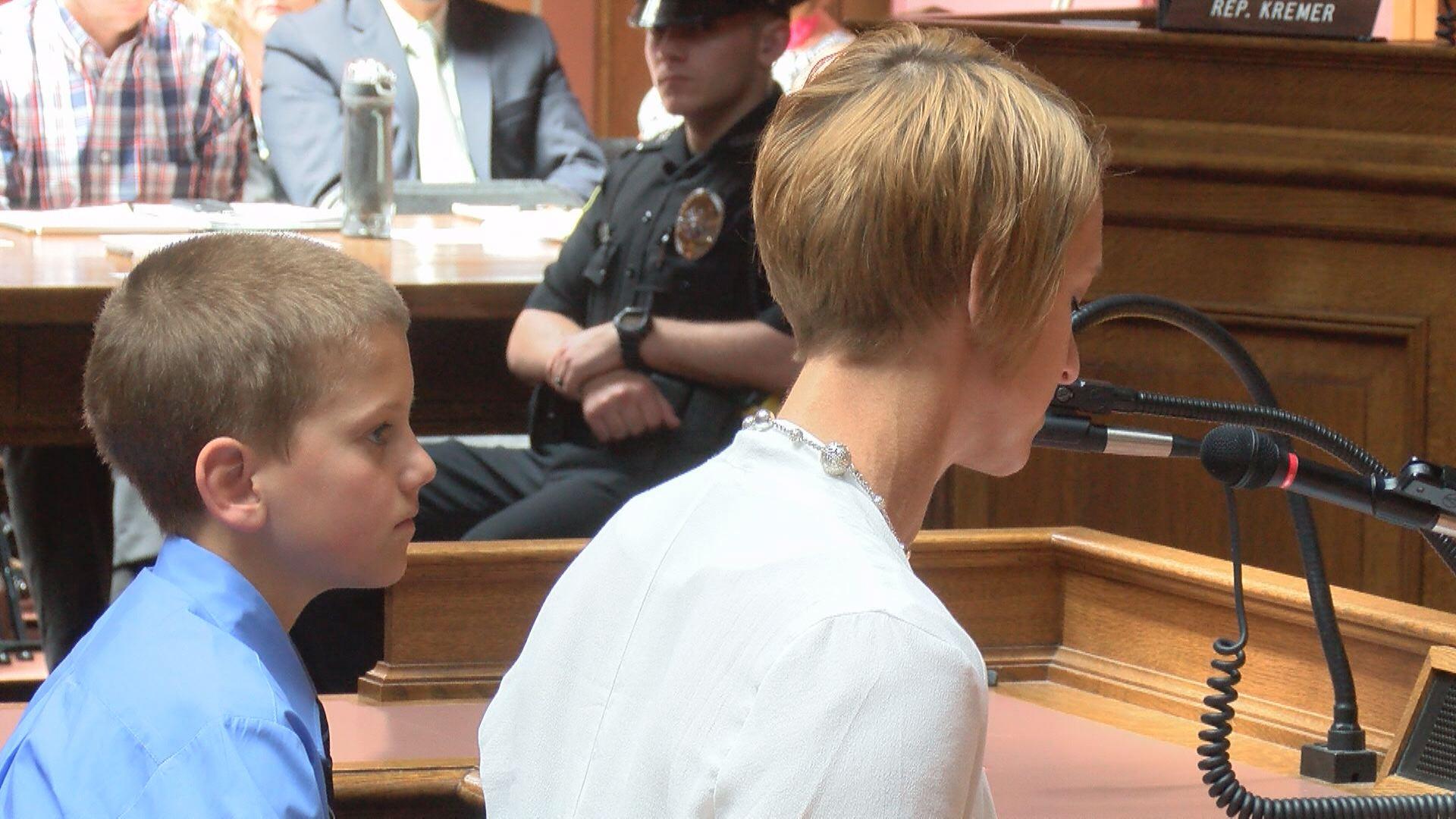 Republican legislators are fast tracking a bill that would stop abortions 20 weeks after conception. Republicans say this bill is about preventing pain, not banning abortion.

Tuesday, a nearly six-hour long public hearing was held on the bill. A few women told emotion stories of being told their unborn baby had a medical issue that would either cause immediate death or intense pain after birth.

One of those women, Anne Hafner, said she hoped to beat the odds, and decided to give birth to the child doctors gave no chance to. \"The boy that was supposed to die after birth, the boy who would never function, he's alive and well and nothing but a joy to our lives.\" Hafner said as her 11-year old son, Bryce, sat next to her.

Another woman, Regina Vidaver, said it's not up to legislators to question her decision of ending her pregnancy, or to prevent others from making the same choice. \"Had he been born you would not have been the ones to watch him suffer and gasp for his last breathes. I would.\" she told legislators.

Republican legislators say they are backing this bill as a way to prevent fetuses from experiencing the pain of abortion based on studies stating pain can be felt at 20 weeks of pregnancy.

The state's largest organization representing doctors, the Wisconsin Medical Society, officially came out against the bill Tuesday. Stating in part through a written testimony, “An intrusion in the patient-physician relationship is unacceptable. Again, a medical procedure should not be singled out for potentially onerous requirements solely because it is controversial and these requirements should not be based on dubious science that is disputed by the majority of the medical community.”

Opponents argue abortion is sometimes needed to save a woman's life, but doctors supporting the bill say there is never a medical reason for an abortion. Dr. Donna Harrison said, \"There are times mother must be separated from her fetus in order to save her life, even in times when that fetus will not survive. However that is not a direct abortion.”

This bill does not include exceptions in cases of rape or incest, but does provide an exception for medical emergencies. Monday, Governor Scott Walker said he would sign this bill if it passes through the legislature.