Protesters wait outside the jail for 70 people to be released 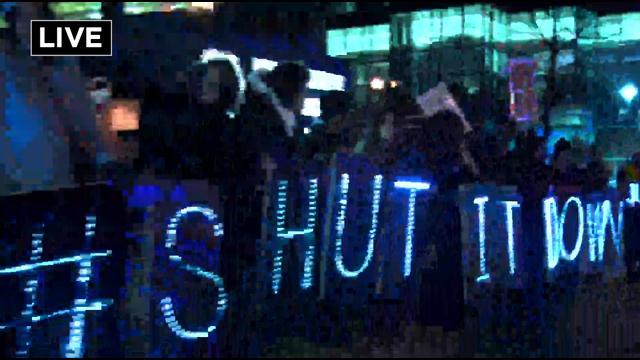 The Coalition for Justice canceled a rally in Red Arrow Park and instead stood outside the Milwaukee County Jail. Many of the protesters spent the night and much of today behind bars. About 70 people were arrested for shutting down a highway on Friday.

Thousands of dollars of bail money was raised on social media to release protesters. Milwaukee Police Chief Flynn says protesters changed where they told officers they'd be protesting, and anyone violating the law would be arrested.

Supporters vowed to stay until every person was released. Dontre Hamilton's brother Nate says he wants to keep protests peaceful and communication open.

Chief Flynn says he believes a decision will be handed down in the next few days. He says the family was notified. Chief Flynn also says, that another agency notified the National Guard to be on standby.