MADISON, Wis. (CBS 58) -- There's a new push in Congress to curb teen vaping and e-cigarette use after a national survey revealed one in four high school students reported using these products daily.

Preventing Opportunities for Teen E-Cigarette and Tobacco Addiction, referred to as the "Protect Act," focuses on research and education to deter teenagers from using tobacco products.

The proposal, introduced by Democrats, would give the Centers for Disease Control and Prevention funding to study the harmful impacts electronic cigarettes have on youth, and find ways to persuade teenagers never to start.

According to the 2021 National Youth Tobacco Survey, more than 2 million youth have used e-cigarettes in the past year, with one in four reporting using daily.

U.S. Senator Tammy Baldwin (D-WI) is supporting the bill and believes it could prevent another generation from getting hooked on tobacco and e-cigarettes.

"We have a crisis on our hand where young people are probably addicted to these products," said Baldwin. "It was shocking for me to learn just how many young people were engaging in vaping, especially with these flavor products."

Electronic cigarettes on the market today come in various shapes and sizes, with or without nicotine, and there are plenty of flavors to choose from. Nearly 85 percent of teenagers reported using flavored e-cigarettes this year, according to the national survey.

Medical professionals who treat children with breathing and lung diseases worry teenagers' interest in using flavored tobacco products could get out of hand after witnessing several Wisconsin teens in 2019 be hospitalized with significant lung damage after reportedly vaping.

"What's scary is that we saw pretty bad lung disease in a short period of time, so that should be frightening to everybody," said Dr. Louella Amos, pediatric pulmonologist at Children’s Wisconsin.

Since 2019, state health officials have seen a dramatic decline in the number of people reporting lung complications due to vaping. To date, there have been 119 confirmed or probable cases, but each year there's been fewer incidents.

Only 12 were reported in 2020. A year prior, 103 cases of severe lung disease among those who admitted to vaping.

There are several factors as to why the numbers are tapering off, but Amos suggests education about the harmful impacts of vaping products made a difference. 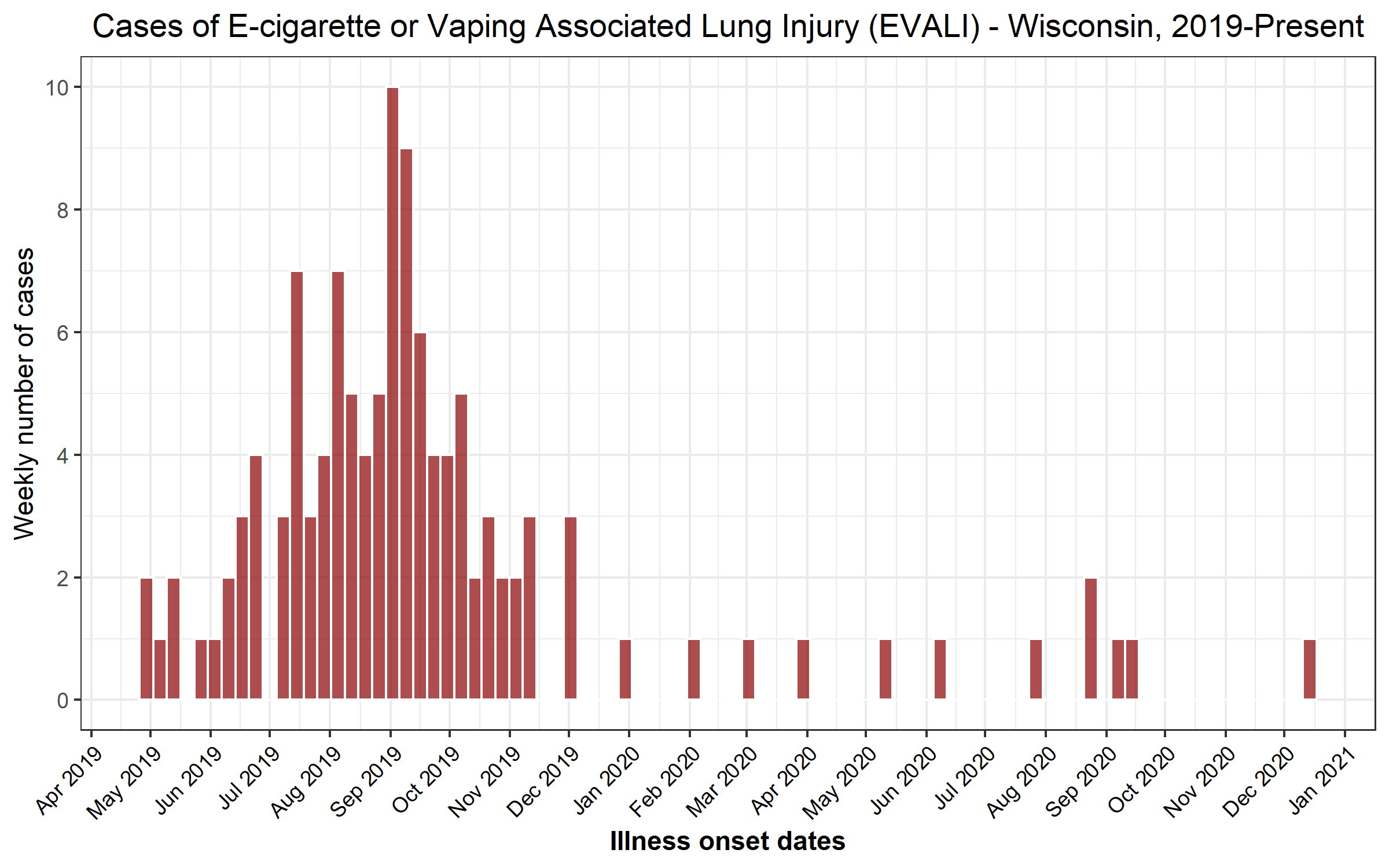 In 2019, the CDC identified Vitamin E Acetate as the potential culprit behind thousands of vaping illnesses that sent several Wisconsin teens to the hospital with lung damage. That resulted in a charge to the formulation of THC vaping products and other e-cigarettes.

While there are still troubling statistics about just how many teenagers vape tobacco, Amos stressed the need for additional investments in effective messaging directed at teens to discourage them from trying.

"There was awareness that led to people being more careful about what they were using, and that helped a lot," said Amos.

The CDC would receive $500 million over five years for in-depth research about the dangers of e-cigarettes, under the bill. The agency would also be responsible for creating messaged aimed at teens to deter them from using tobacco.

"It's such a new phenomenon that we really need to find out the depths of harm that are being caused," said Molly Collins, advocacy director for the American Lung Association in Wisconsin.

Democrats in Congress have also made attempts to try and ban flavored nicotine products before, but opponents argue they are helpful for adults who transition from traditional cigarettes.