Proposal to allow conceal carry weapons in all UW buildings 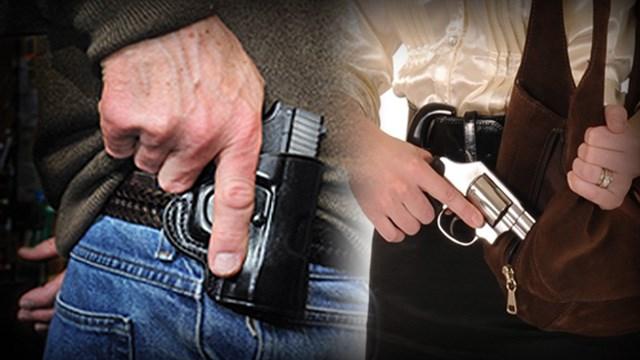 Two Wisconsin lawmakers have proposed a bill to allow students and staff to carry firearms on university campuses. The timing of the proposal has some upset after a campus shooting in Oregon left 9 dead just two weeks ago, but the Republican lawmakers say this about keeping students safe.

Right now, universities and tech schools across Wisconsin can ban weapons in buildings. Current law also allows conceal and carry license holders to have a gun on campus but schools can ban them from classrooms. The lawmakers who introduced the bill say it would allow students to arm themselves against campus shooters. Democrats have fired back saying this bill would create more gun violence on campus.

UWM's student president says an increase in mental health issues on college campuses is a concern, and is not in favor of allowing guns in the classroom. UW System President Ray Cross and UW System Chancellors released a joint statement on the matter, saying:
"We take the safety of our campus communities very seriously and know that our legislative partners do as well. We have significant concerns and questions with this proposal and cannot currently support it. We are, however, actively engaged in a dialogue with the legislative authors, Regents, and campus police professionals to ensure our concerns are addressed."