People made the trek from all over to experience the president's visit, with many arriving four to five hours before the rally began at 7 p.m.

"We just wanted to check out all the goings on in Milwaukee," said Trump rally goer, Scott Poth. "I mean this is a big deal, the president's here and the Bucks."

Road closures caused a challenge for some people trying to find parking -- some had to park as far as 12 blocks away.

"We've been pretty pleased with the night itself, but I expect once it all lets out it's gonna be a crazy downtown feel with people just out having a good time," said Michael Vitucci, owner of Uncle Buck's bar.

Police presence will continue throughout the night to monitor traffic and pedestrians in the area, so everyone can get home safely. 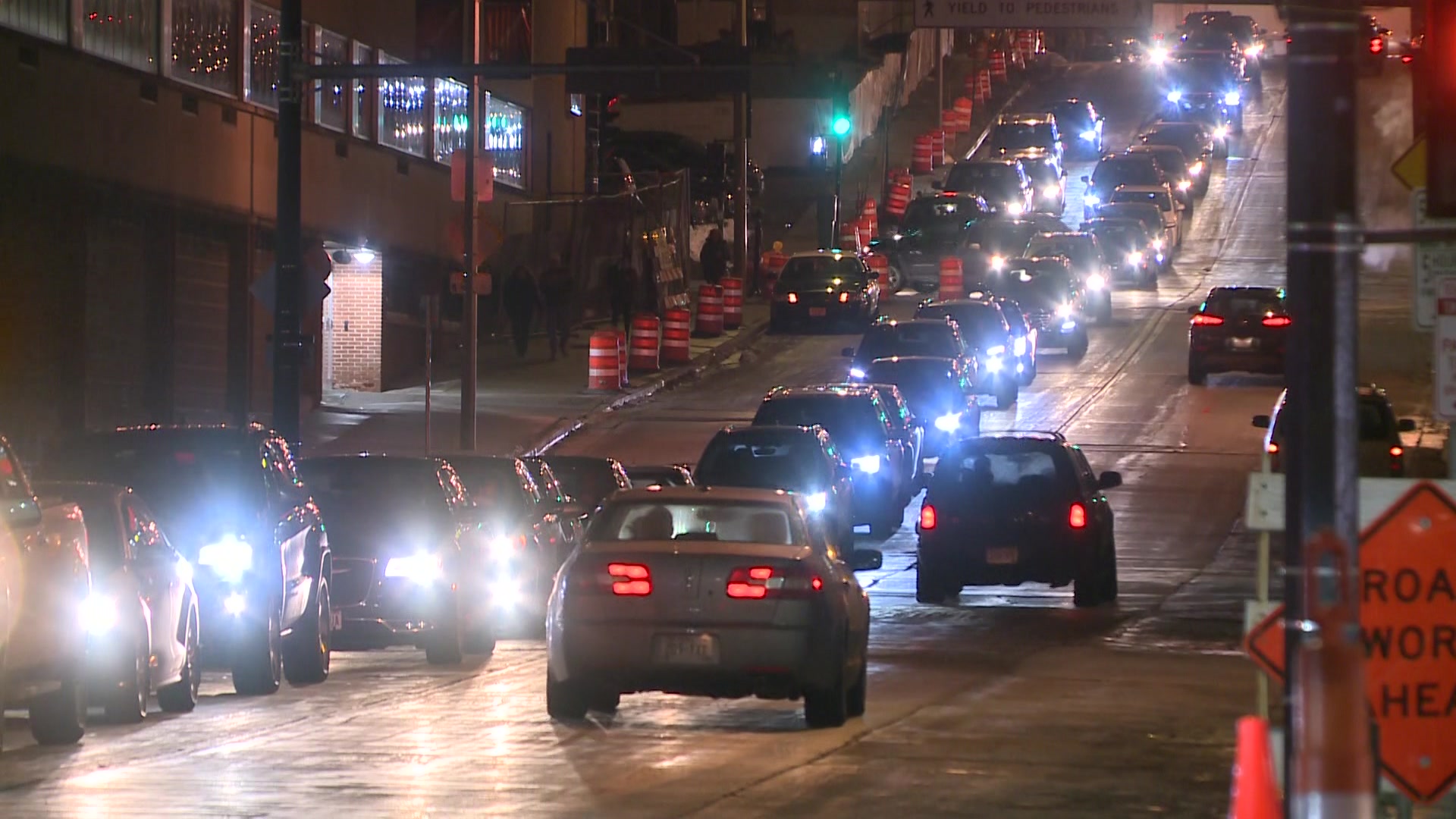 Street closures started at noon, and police began rerouting cars. The closures are expected to last until 10 p.m.

North 6th Street is closed for quite a few blocks, and West State Street and West Kilbourn Avenue are also closed starting at Old World 3rd.

Police are expecting thousands of people in the area for events at Fiserv Forum and the UW-Milwaukee Panther Arena -- both events begin at 7 p.m.

Police advise people to get dropped off or use rideshare instead of driving. Drop offs and pickups are allowed at North Vel R. Phillips and West Highland -- cars must come from the east at Old World 3rd Street and West Highland.

MCTS says some bus routes may experience delays and temporary detours on Tuesday, Jan. 14 until about 11 p.m., due to street closures related to President Trump's visit.

MCTS expects that there will be impacts to Route 80 on 6th Street as well as Freeway Flyer Routes 44, 49, 79 and 143 during evening trips.

They say there may also be rolling closures across the freeway system and near the airport. Delays are possible in other areas due to freeway traffic being diverted onto side streets.

MCTS says anyone who wants to avoid parking downtown on Tuesday can ride MCTS Routes 15, 19, 33, 57, 80 and the GreenLine – which all stop within walking distance of the arena district – just be aware that there may be delays and temporary detours.