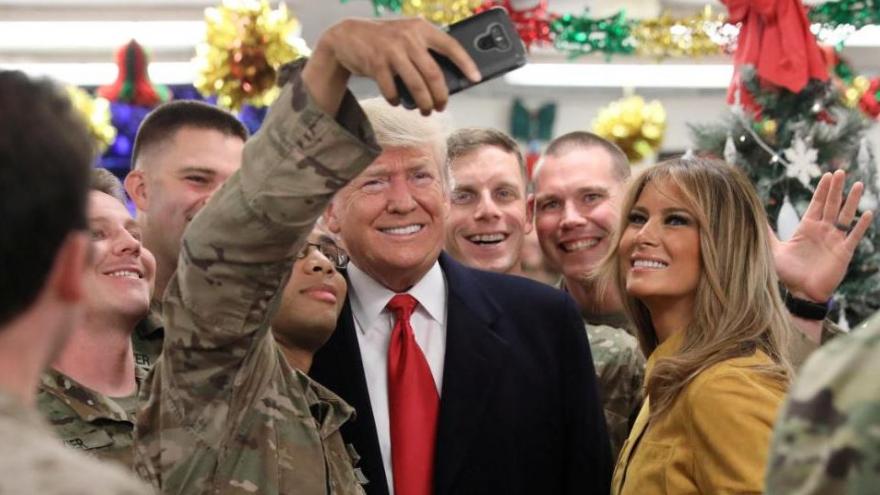 IRAQ (CBSNews) -- President Trump and first lady Melania Trump have made a surprise trip to Iraq to visit U.S. troops. The trip marked Mr. Trump's first visit to Iraq, as well as his first visit to a combat zone as commander-in-chief.

"President Trump and the First Lady traveled to Iraq late on Christmas night to visit with our troops and Senior Military leadership to thank them for their service, their success, and their sacrifice and to wish them a Merry Christmas," White House press secretary Sarah Huckabee Sanders tweeted Wednesday.

Mr. Trump had been criticized for not visiting troops during the holidays — a long-held tradition for American presidents.

The president and first lady met with service members at the Al Asad Airbase in the outskirts of Baghdad.

More than 5,000 American troops are deployed in Iraq — the lowest number since a U.S.-led coalition invaded the Middle Eastern country in 2003.