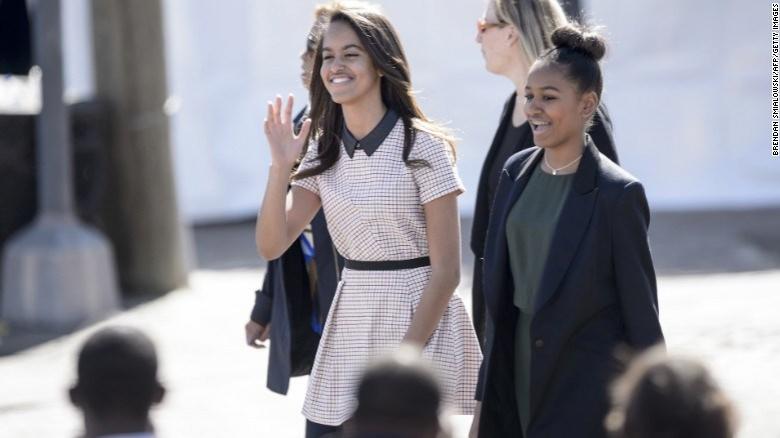 President Obama said during his visit to Milwaukee him and the First Lady plan to stay in Washington DC for a couple of years.

The comments were made at Engine Company N 3 where Obama had lunch with ACA letter writers.

He met with customers on the ground floor then went up to the first floor where he sat at large wooden table with five people.
They talked about the weather and the Midwest.
"It always feels good being closer to home," he said.
One of the women suggested that Hawaii was his home.
Obama said: "Hawaii is home for me," but suggested that his real home was Chicago. "I spent almost 30 years in Chicago," he said, noting it was also Michelle's hometown.

A woman at the table asked where he would live after he was done with the presidency.

"We haven't figured that out yet," he said. "We're going to have to stay a couple of years so Sasha can finish" school, he said. "Transferring someone in the middle of high school - tough."

He then shooed the press pool out of the restaurant. "Thanks guys," he said. "Get out of here."