KENOSHA, Wis. (CBS 58) -- During President Donald Trump’s visit to Kenosha Tuesday, Sept. 1, supporters and protesters gathered near the courthouse. CBS 58 was there to hear from both sides.

As President Trump rolled in to Kenosha, his supporters lined the streets.

"He was a big business man so he’s going to understand what its like for these people who have lost their businesses," said Karen, another Pres. Trump supporter. 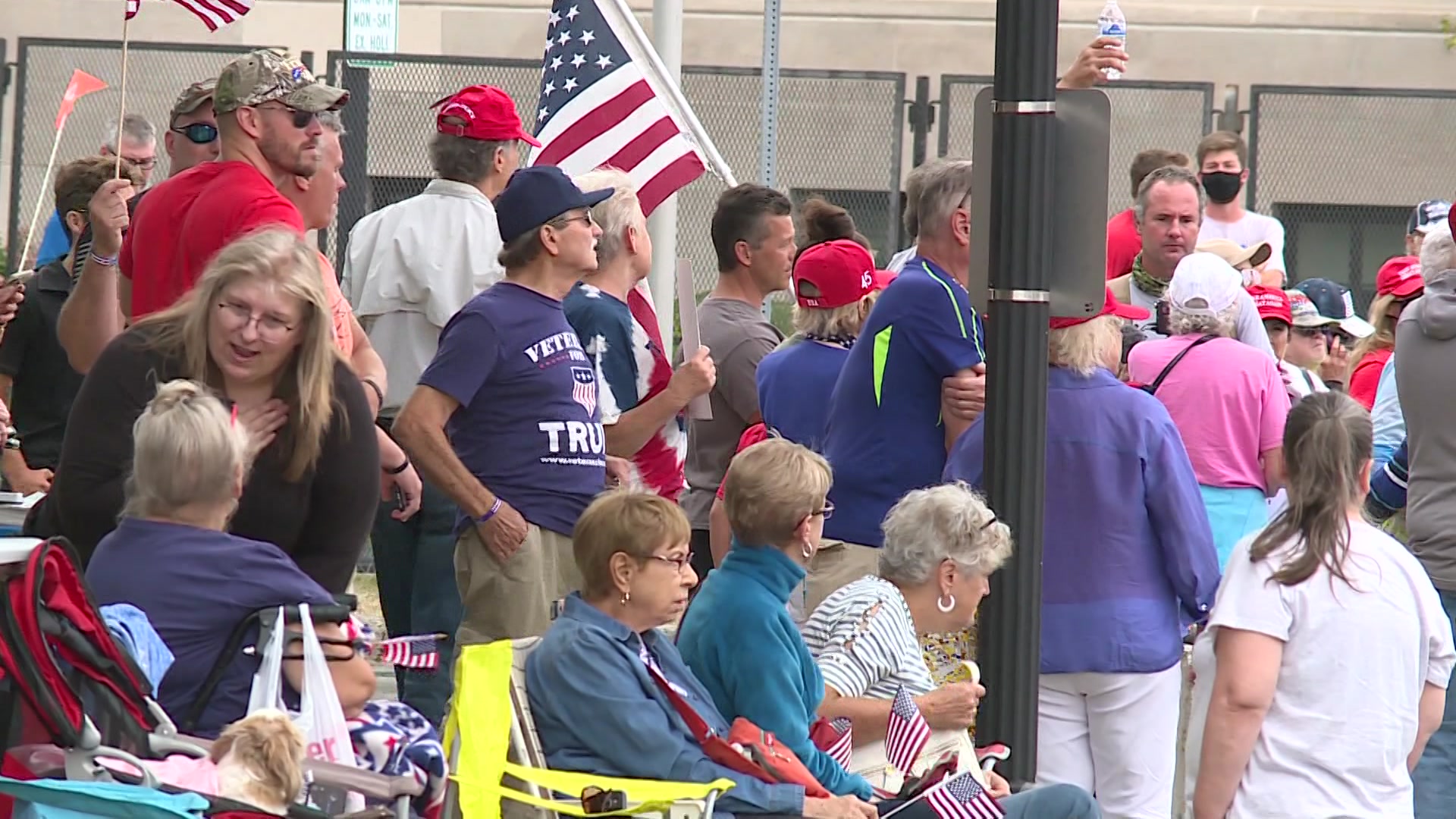 Showing up in equal numbers were people protesting Pres. Trump's visit. While some conversations between the two groups were respectful, most weren't.

Here’s a snapshot of the tension we are seeing in Kenosha ahead of the President’s visit. Black lives matter group and Trump supporters facing off outside the justice center. #kenosha#JacobBlakepic.twitter.com/GejHwhCXwp

"He's saying it's law and order and he wants to survey the damage, but no, it's a calling card to these white supremacists saying I have your back," said another Pres. Trump protester.

At times, tensions between the two groups boiled over and they started screaming at each other.

Kenosha Sheriff Deputy breaks up confrontation between Trump supporters and #BLM protesters outside route of @realDonaldTrump to tour damage in Kenosha pic.twitter.com/hvBTaAppHv 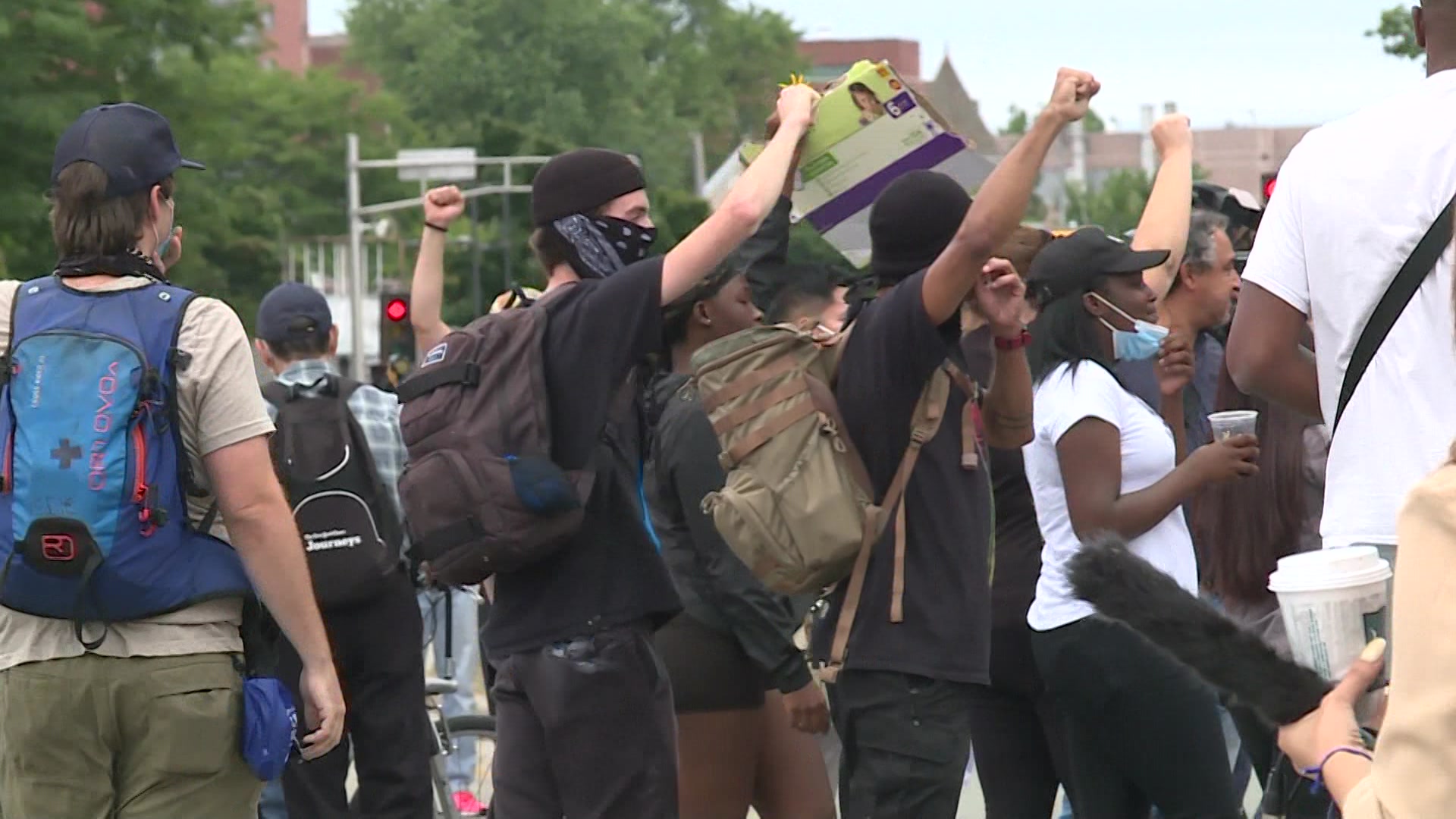 Supporters of Pres. Trump are angry about the rioting and looting that damaged the city.

"Does Black Lives Matter give them opportunity to burn a town down? No. Is that what they represent? I’m against it for that reason," said a Pres. Trump supporter.

Protesters are angry about the shooting of Jacob Blake.

"They say Black Lives Matter but they don’t to this system because there’s never any justice. The police always get away with it," said a Pres. Trump protester.

We spoke to one man who was beaten for wearing a hat supporting the president, and there were arguments in the crowd.

"I was attacked by numerous people at the same time," said one Trump supporter.

With a swollen face, the Kenosha resident described being attacked by protesters.

"Kick to the head, one really good blow to the face. They surrounded me and attacked me and started chanting things, they were completely out of control."

After the beating, he was chased down the street by the crowd.

It was a scene that played out at times during the day.

"People came out to stand up," said protester Lou Downey. "Stand up against Trump in the face of all the violence he's been unleashing around the country."

But there wasn't the chaos we've seen other nights in the city, and when curfew hit, most people went home.

It was a welcome sign for a city that has seen its share of violence in the past week.

"Thankful President Trump is coming here," said another supporter. "I'm hoping for healing in the community."

A curfew began at 7 p.m. Tuesday night. It will move back to 9 p.m. on Wednesday and stay in place the rest of the week.