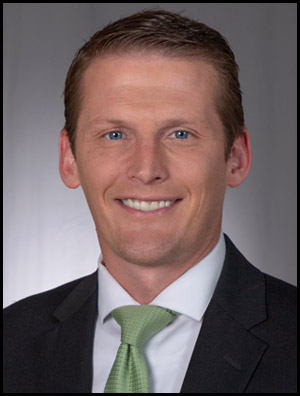 Mark McPherson joined the CBS 58 team in April of 2018 as an evening reporter and was promoted to weekend anchor in December.

Mark was born and raised in Minnesota, but has spent the past 14 years covering news throughout Wisconsin. He started in 2004 as a camera guy in La Crosse, and eventually worked his way up to 5 p.m. anchor. After 10 years, he moved farther into Wisconsin after he took a job in Wausau as a 6 & 10 anchor, before moving even farther east to take a job at CBS 58.

Mark attended Winona State University where he got a degree in Broadcast Journalism and Philosophy. He’s a hopeless politics junky who spends way too much time reading polls and following races all over the country.

He loves the outdoors, playing golf in the summer and skiing in the winter, and enjoys Crossfit. He also spends a lot of time indoors finding documentaries on Netflix.

Being from Minnesota, Mark cheers for the Twins, Timberwolves, Wild, and Vikings. He was at the Minneapolis Miracle in 2018 before his Vikings once again broke his heart.

He always wants to hear a great news tip, so feel free to email him at mmcpherson@cbs58.com or find him on Twitter @NewsMarkMcP. Or just say hi when you see him out in public.