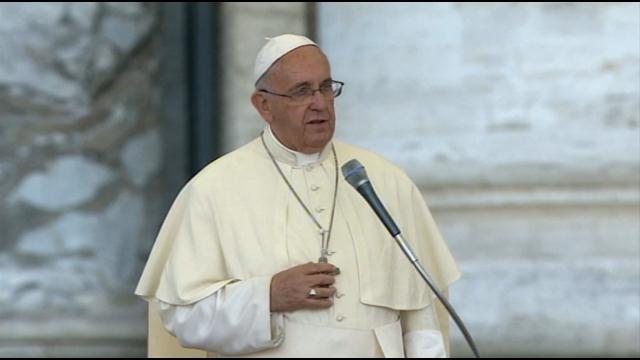 Pope Francis has created a bit of a controversy by issuing an encyclical on climate change.

The 200 page document will be studied by bishops for implementation in the parish and church run schools.

Although it targets Catholics, the Pope says the entire world needs to cut greenhouse gases and live simpler lives.

He sent out a tweet highlighting his belief that \"the earth, our home, is beginning to look more and more like an immense pile of filth.\"

Marquette Associate Professor Jame Schaefer says she plans to include the encyclical in her introduction to theology course.

\"It's that moral issue and that moral position he speaks of to appeal to all of us,\" Schaefer told CBS 58 News.

Republican presidential candidate Jeb Bush who is Catholic issued a statement before the report's release saying that he doesn't get his economic policy from any church officials, including his Pope.

Associate Professor Schaefer says with growing dismay at world affairs, more and more people are looking to have all voices considered even if it is a voice from outside their faith.

\"Because this has gone public on the heels of the disaster in Charleston,\" Schaefer said referring to the shooting rampage that killed 9 in a South Carolina church, \"it points out to me the failure of love, loving our neighbors. The encyclical itself which is a major document, points to the need for us to love our neighbors, love our earth, love our God.\"