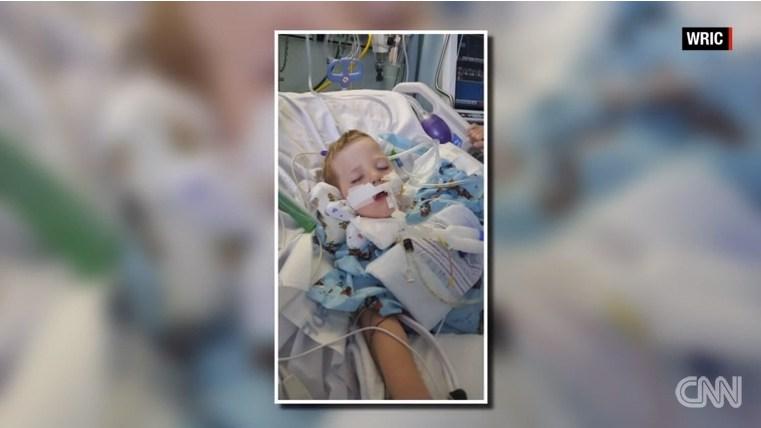 (CNN) Polio is a highly infectious disease that can lead to paralysis -- even death. Thankfully, most children today are unfamiliar with the virus, as it was eliminated from the United States in 1979.

But this week, the US Centers for Disease Control and Prevention reported a spike in a mysterious polio-like illness, confirmed this year in nearly half of the states in the country. From January 1 to August 31, 50 people in 24 states were diagnosed with acute flaccid myelitis. Most of the cases are in children.

Like polio, AFM affects the body's nervous system -- specifically, the spinal cord -- and can cause paralysis. Unlike polio, there is no vaccine for AFM.

What we know: AFM first spiked in August 2014. By the end of that year, 120 people had been diagnosed in 34 states. The year 2015 saw just 21 people diagnosed in 16 states. Cases diagnosed in September of this year will be reported at the end of October.

What we do not know: the exact cause of the illness, though scientists think it is most likely the result of a viral infection. Other potential culprits include environmental toxins, genetic disorders and Guillain-Barré syndrome, according to the CDC.

"This is a very rare condition, but I think it's important that we take it seriously because it does have long-term and potentially disabling consequences," said Dr. Kevin Messacar, a pediatric infectious disease physician and researcher at Children's Hospital Colorado.

What is acute flaccid myelitis?

"The key with AFM is that it's sudden onset," said Dr. Manisha Patel, AFM team lead at CDC and a practicing pediatrician. "Symptoms include limb weakness, facial drooping and difficulty swallowing and talking.

"AFM is an illness that can be seen with a variety of different causes. The most famous one is polio, but there are also enteroviruses, which are circulating very broadly in the US and other countries."

Sure enough, when the initial cases of AFM were reported in 2014, many doctors believed it was linked to an outbreak of Enterovirus D68, a respiratory virus that sent hundreds of children to the hospital.

"What we saw ... is that the majority of children had a fever and a respiratory illness," said Messacar. "Five days later, they would develop pain in the arms and legs, and weakness followed."

Messacar and his colleagues have followed their hospital's 12 AFM patients since 2014. He said most of them are doing better than when they first came into the emergency room, but the majority continue to have some level of disability.

"It's important to understand that there's a wide spectrum of severity of this disease," said Messacar. On one end, you see mild weakness in one extremity, he said. On the other, you've got children who have lost the ability to breathe on their own, and exhibit complete paralysis in their arms and legs.

Dr. Sanjay Gupta: Vaccines are a matter of fact

Patel and Messacar agree: There are no known proven, effective therapies. Both doctors stress the importance of recognizing the early signs of AFM and seeking care as soon as possible.

"A doctor can tell the difference between AFM and other diseases with a careful examination of the nervous system, looking at the location of the weakness, muscle tone and reflexes," according to the CDC's website. "Magnetic resonance imaging (MRI) can be very helpful in diagnosing cases of AFM."

"Finally, by testing the cerebrospinal fluid (CSF, the fluid bathing the brain and spinal cord), clinicians can look for findings suggestive of AFM," according to the CDC.

There is no cure for AFM. Treatment only focuses on alleviating symptoms.

How worried should you be?

"CDC is always concerned when there is a serious illness that is affecting the public, especially when it's affecting children," said Patel. "We're looking closely at what might be causing this, and what might put someone at risk for AFM."

In the meantime, Patel encourages practicing what she calls "general prevention strategies" -- washing your hands with soap and water, getting vaccinated and preventing mosquito bites.

Why is this important? AFM has also been liked toWest Nile virus and other viruses in that family, according to the CDC; in particular, Japanese encephalitis and Saint Louis encephalitis. No link has been established between AFM and the Zika virus.

There is some good news here. "Enteroviruses tend to appear in the late summer and early fall, and go away in the winter," said Messacar. "So we expect to see [AFM cases] decrease based on the epidemiology of enteroviruses."

"We understand this condition better than we did in 2014, but there's still a lot to learn," said Messacar. "The process is slow, but progress is being made."