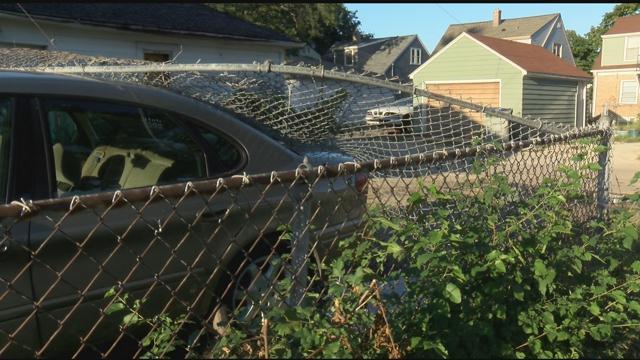 A quiet Northwest side neighborhood was the middle of a chaotic scene after car thieves made a crashing entrance.

Milwaukee police say around 12:15 pm, three men targeted a woman in a busy  parking lot near the area of 103rd Street and Silver Spring Road. They ordered her out of her car at gunpoint and took off. Fifteen minutes later a 65-year-old woman had her purse stolen by the men in another parking lot on 92nd Street and Lisbon Avenue.

However, before the robbers could pinpoint their next victim police were able to track down the car using the OnStar system. They found the car at 76th St. and Green Tree St but then drove off, leading police on a wild chase until both the suspects and the police car crashed at 54th Street and Congress Street.

The police car flew through a fenced in yard on the corner, the officers were taken to the hospital with non-life threatening injuries. As far as the suspects, they were unhurt, police were able to immediately capture one, and two others ran but were caught.

A short time after, police found the gun used in the carjacking. The trio face several charges.