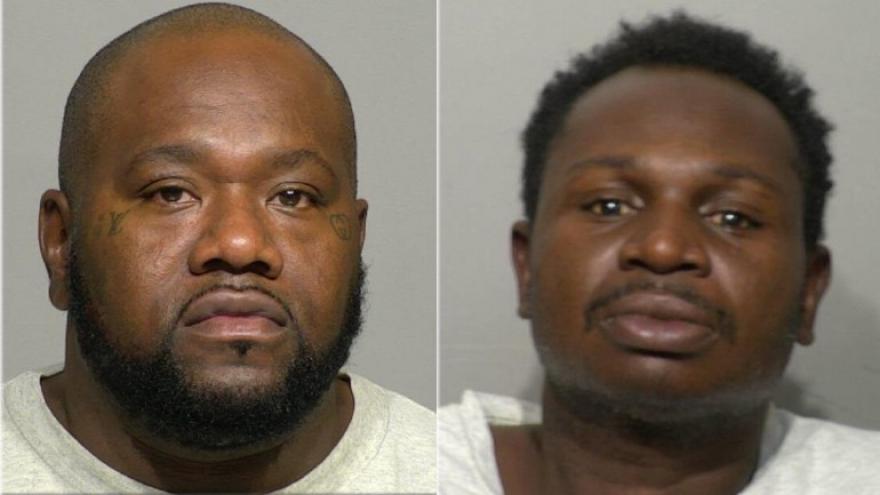 According to a criminal complaint, two masked men entered the T-Mobile on 108th Street in West Allis around 11:34 a.m. on Oct. 29. One of the men, later identified as Richard Tolbert, waived a gun, while Maurice Tolbert herded employees into the back of the store.

According to the store manager, the Tolberts made employees lie face down on the floor while pointing a gun at them. One of the men made the manager open the safe, while he took out numerous phones. The manager said one of the men also collected cash from registers inside the store before leaving.

Police say the getaway vehicle contained a tracker that had been taken in the robbery, which indicated that the car was traveling eastbound on I-94 towards Miller Park. An officer attempted to pull over the suspect vehicle, but police say it sped through a parking lot, almost striking a pedestrian. According to the complaint, the car eventually crashed in a dead-end alley.

Prosecutors say Richard Tolbert exited the front passenger side and attempted to flee from officers before being taken into custody. They say Maurice Tolbert also ran from the scene. He was found hiding shortly after the crash with the help of a police K-9.

Police say the Tolberts are suspects in at least three other similar robberies of cellphone stores in Milwaukee and are believed to be responsible for thousands of dollars in cellphone robberies. They have no known contacts with Wisconsin.