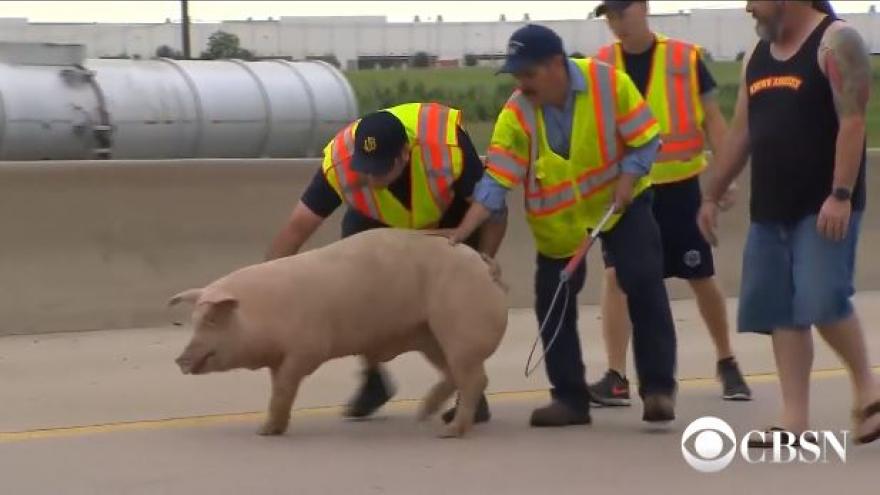 (CBSNews) WILMER, Texas -- An 18-wheeler carrying a load of pigs crashed during rush hour Thursday morning on Interstate 45 outside Dallas, closing the roadway in both directions.

The big rig crashed into the center median on I-45 around 6:30 a.m., turning on its side and bursting into flames, CBS DFW reports.

The rig was loaded with hogs, some of which got loose on the highway. Local police asked for help from the Dallas County Sheriff's Department livestock unit, and a hazardous materials crew was also called to handle the injured and dead animals.

Photos and video from the scene showed livestock handlers trying to corral the hogs trotting along the interstate and rescue the animals left in the trailer.

KRLD radio reporter Chelsea Wade reports there were about 200 hogs in the trailer several hours after the 18-wheeler overturned.

To watch video of the pigs being wrangled click here.