Pedestrian killed by train in Wauwatosa 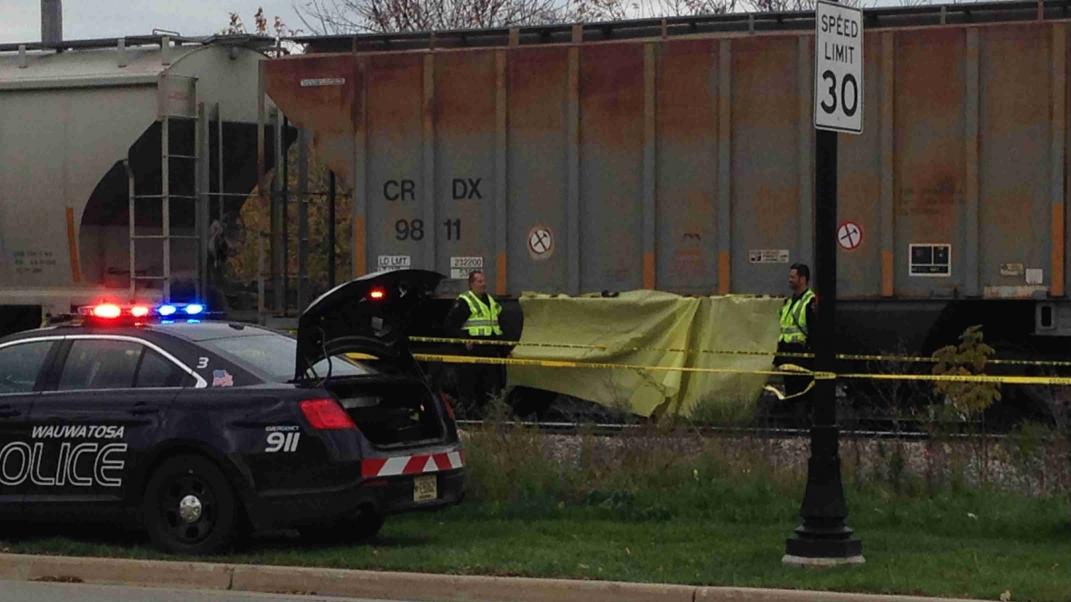 The safety of a small stretch of railway is being called into question after yet another life is taken on its tracks.

Wauwatosa police say a person was struck at the crossing near 68th and State Street just before 3 o'clock Wednesday afternoon. Not very much has been revealed about what that person was doing when they tried getting to the other side; police only confirmed that they do believe it was an accident.

This isn't the first time. Two years ago it was an 11-year-old boy who was struck by the train while walking. In the last four years, two other cars have been hit by trains nearby, those victims made it out alive. Wauwatosa resident Jesse Henry says something has to change.

\"I really don't know. I'm really not sure if something needs to be looked at to avoid things like this in the future,\" Henry said.

Many people we spoke to talked about the signage in the area, but there were very visible signs warning people to “look for trains.”

While many complained about the signage in this area, we saw two very visible signs that said, look for trains.

Resident Rodney Morgan says when lives are being lost, even more precaution must be taken.

\"The loss of life is just, that's the ultimate sacrifice, so evidently what's there now is not sufficient enough,\" Morgan said.

Police have not released the name or sex of the victim, only saying it was an adult. More information is expected to be released Thursday.