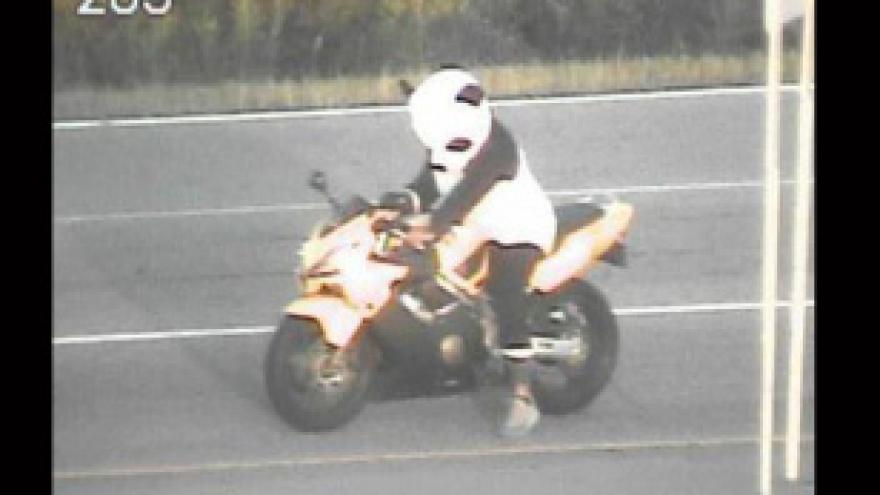 MINNEAPOLIS (WCCO) — The Minnesota State Patrol says they have “so many questions” after unique traffic stop late last month: a motorcyclist in a panda suit.

According to the patrol, a concerned motorist called 911 earlier in the summer to report a motorcyclist wearing a panda suit on Highway 101. The reporting party was concerned due to the person’s vision being obstructed and worried because the rider was weaving through traffic – and riding no-handed.

The biker, however, exited the freeway before a trooper could locate him.

On Aug. 31, dispatchers located the same rider on traffic cams on Interstate 394. Troopers were soon able to pull over the driver.

The driver was cited for reckless driving and panda head was confiscated.

“Halloween’s not for more than a month. And even if Halloween was today, this would not be OK — or legal, in case you were wondering,” the state patrol said.

The state patrol reminded riders to make sure they can see and can be seen.

“A panda head will not protect you in a crash like a DOT-approved helmet would,” the patrol said.