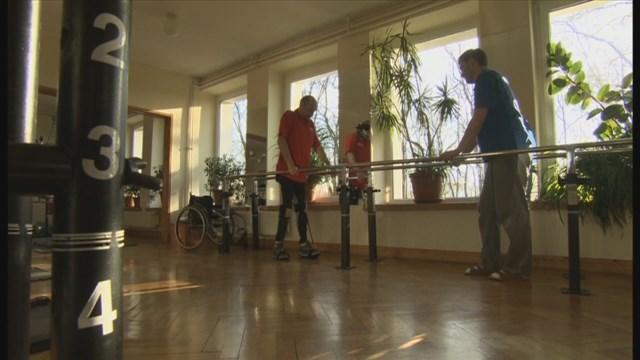 European researchers are calling it a major breakthrough. A paralyzed man is now able to walk again thanks to a pioneering cell transplant.

Darek Fidyka is walking again - four years after a knife attack left him paralyzed . He says when the feeling begins to come back it's like you are born again.

Doctors in Poland took cells from Fidyka's nose and grew them in the lab . Two weeks later they transplanted the cells into his spinal cord around the injury. Four strips of nerve tissue were also taken from his ankle and placed across his spinal cord. The cells grew and now some brain signals are reaching his lower body.

Scientists believe the nasal cavity cells can stimulate the spinal cord cells to regenerate and researchers are excited about the procedure's promise.

Fidyka, who is now able to walk with a frame, says it's an incredible feeling . The 38-year-old has regained some sensation in his lower limbs and is also able to drive and live more independently.

Researchers in England and Poland who carried out the operation say more study is needed and they plan to test it on more patients.
Share this article: