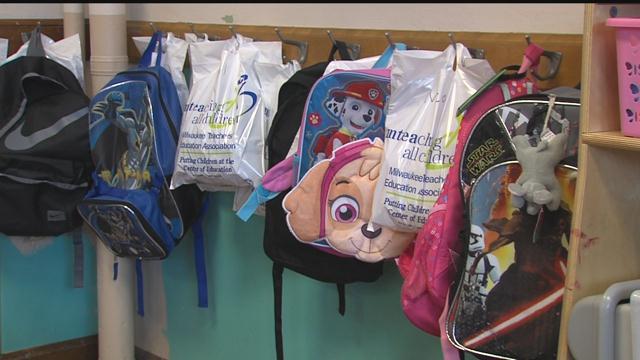 Nearly 700 classrooms in the state of Wisconsin are getting their wishes granted.

Former Senator Herb Kohl's philanthropic group funded every single project on a crowd funding site. We spoke with a Milwaukee Public School teacher who says she was "blessed in a big way."

"I was amazed," said K4 teacher Rachel Schlueter, who works with kids at Morgan Dale Elementary.

Schlueter has been using "DonorsChoose.org" for years but was blown away by what happened early Tuesday morning.

"Currently I had five projects on there and Sen. Kohl funded all five," said Schlueter.

She was just one of many lucky teachers who posted on the crowd funding site hoping for a little help.

Some being as extensive as standing desks to enhance learning...

Others as simple as art supplies and rest mats for Schlueter's K4 class.

"That's money going back into the family and they're able to afford the things they need," she said.

Hard not only for families to afford, but teachers as well; Schlueter spends nearly 500 dollars a year on classroom supplies.

"Its money that I sometimes would go out and spend for my classroom and the children that I can't always afford to go out and do myself," she said.

With materials from the projects expected to be shipped in the next week Schlueter tells us the children are just as excited as the staff and she's looking forward to how much this donation will help in the long run.

"I believe as long as we have the right materials and things children deserve that they will get everything and more out of their educations," she said.