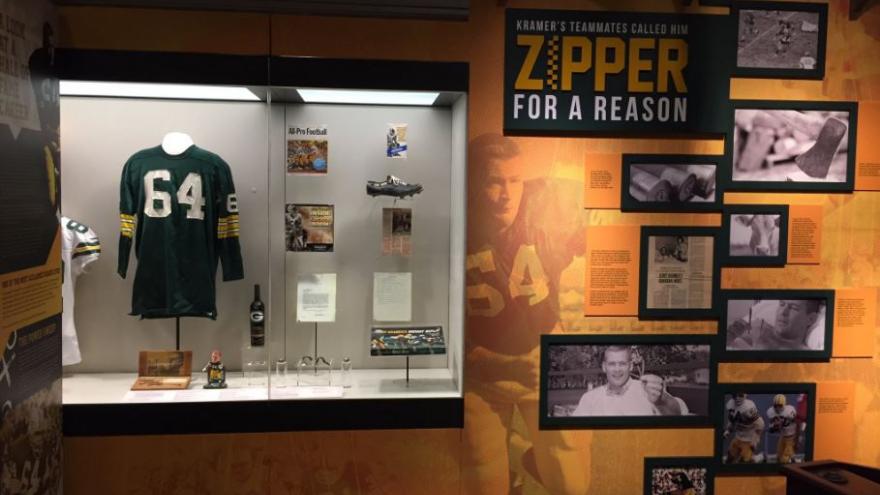 The exhibit pays tribute to the acclaimed guard and tells behind-the-scenes stories from his Packers career, including an in-depth look at the block that decided the Ice Bowl.

The @packers Hall of Fame display for Jerry Kramer featuring:

Super Bowl I jersey
The initial scouting report
2 championship rings
The disgusting 4 inch splinters that "were lodged in his abdomen from 17 to 28" pic.twitter.com/HW28bLBdyN

The exhibit is on the second floor of the Packers Hall of Fame and can be accessed from the escalator or elevator inside the Hall of Fame.

He says he's had 28 surgeries in his life! pic.twitter.com/J6lcMBpWgU