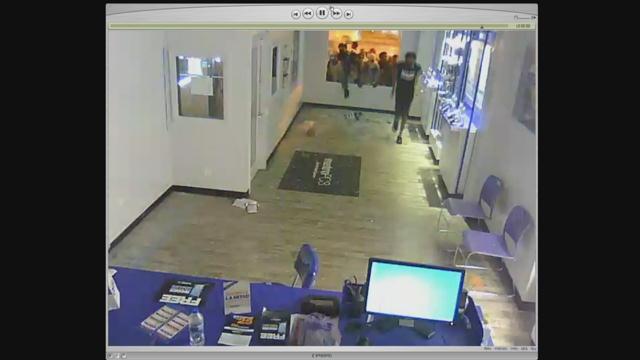 The Metro PCS on 36th and Burleigh was broken into during the violence.

The owner of this store lives in Illinois, saw on her suveillance video at home that her business was being looted.

She reached out to us asking us to share the video which really just speaks for itself.

Close to a dozen people jump through a window of the store.

One by one they go in some with their faces covered.

Others do not cover up their identity at all.

They go straight to the cash register area.

Some grabbed items from a display on their way out.