NOW: ’Out of control’ man accused of setting woman on fire in Waukesha now charged

WAUKESHA, Wis. (CBS 58) -- A 39-year-old man accused of setting a woman on fire in Waukesha has been formally charged. Joel Murn -- who lives in Las Vegas -- was scheduled to appear in court Friday, Sept. 4, but he refused to leave the jail. He also has not been seen by the public defender's office.

Prosecutors say Murn traveled from Las Vegas with an intent to kill his family members.

"His behavior was extremely random, violent and unprovoked. He is clearly someone who is a danger to the community," said Assistant District Attorney for Waukesha County, Melissa Zilavy. 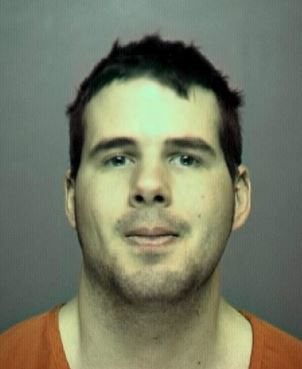 A criminal complaint states that Murn poured a liquid on Amber Fuller, a woman who was walking her dogs along a trail Wednesday morning, Sept. 2. Fuller tried to run, but tripped and fell down. That’s when Murn reached down and lit her on fire. The complaint says she was engulfed in flames.

In the complaint, family members say Murn has a history of mental health issues due to a traumatic brain injury from a car accident. Murn’s intent was to kill his cousin who looked like Fuller and had similar dogs.

“He is facing significant prison time, he does not live here and is a flight risk," Zilavy said.

Investigators say the violent behavior didn’t stop with Fuller. Murn went to his grandparents' home and set their cars and detached garage on fire. He then tried to run them over with his car.

“This is a man who appears to be extremely out of control, erratic behavior, dangerous behavior," said Zilavy.

The complaint also mentions that when police caught up with him, Murn was on crack and smelled like alcohol. He was extremely uncooperative with police officers.

“Up until now, the defendant has been living in Las Vegas and other than coming here to randomly kill and injure his family members, he has no ties to Wisconsin," said Zilavy.

Murn has been charged with the following:

Murn's cash bail is set at $1 million. He is scheduled to appear in court again on Sept. 9.