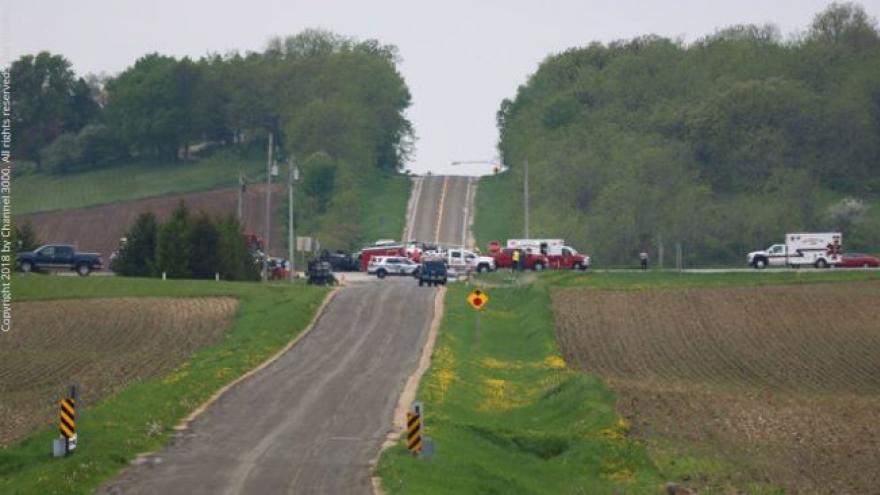 WINDSOR, Wis. -- Four people were injured in a crash on U.S. 51 Saturday afternoon in Dane County.

All north and south lanes were blocked on Highway 51 due to the three car crash in Windsor.

According to the Dane County Sheriff's Office a car driving north on Highway 51 was attempting to turn left onto County Highway DM when it was hit from behind. The force of the collision pushed the turning car into the path of a third car driving south on Highway 51.

One person suffered life-threatening injuries in the crash and was airlifted. Three others were taken to the hospital by ambulance.