On the run: Milwaukee man charged in fatal shooting of attorney Jason Cleereman 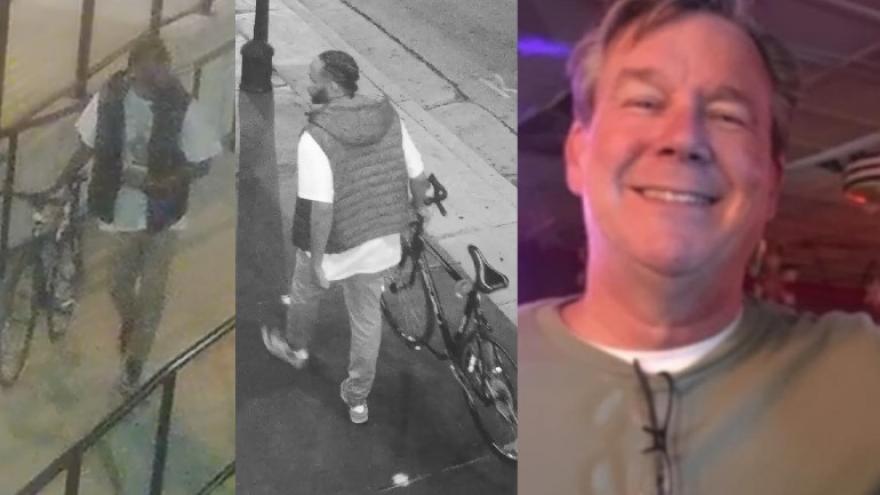 MILWAUKEE (CBS 58) -- A 30-year-old Milwaukee man has been charged in the shooting death of well-known immigration lawyer, Jason Cleereman. An arrest warrant has now been issued to track down Theodore Edgecomb.

Jason Cleereman was shot and killed Sept. 22, following an altercation with a man on a bike -- now identified by authorities as Edgecomb -- near Holton and Brady Streets.

Edgecomb has been charged with the following:

According to a criminal complaint, Cleereman's wife was driving the two of them westbound on Brady Street, when she observed a man riding a bicycle eastbound in the westbound lane. Cleereman's wife told investigators she had to swerve to miss the biker and Cleereman said "what the heck!"

His wife said when they stopped at the light near Humboldt and Brady, the bicyclist pulled alongside their vehicle on the passenger side, and leaned in to ask Cleereman, "are you talking to me?" Cleereman's wife said "yes," and the suspect then punched Cleereman in the face causing him to bleed.

The criminal complaint says the couple kept driving westbound and watched the bicyclist turn northbound on Holton. Cleereman's wife told investigators he told her to follow and then he got out of the car.

The suspect then took off while carrying the bicycle down the stairs from the Holton Street Bridge down to Water Street.

Investigators recovered security video from the area and released photos to the media; a family member of Edgecomb, as well as his landlord, identified him as the suspect.

Officers executed a search warrant at Edgecomb's home, located near Dousman and Locust, and found a bicycle in the basement consistent with the bike depicted in the surveillance footage. Authorities also located loaded and unloaded 9 mm handgun magazines.

Edgecomb is still on the run and a search warrant has been issued for his arrest.

This is not the first time Edgecomb has been in trouble. In December of 2019 and March of 2020, he was charged with a handful of misdemeanors including carrying a concealed weapon.