O.J. Simpson Could be Released as Early as October 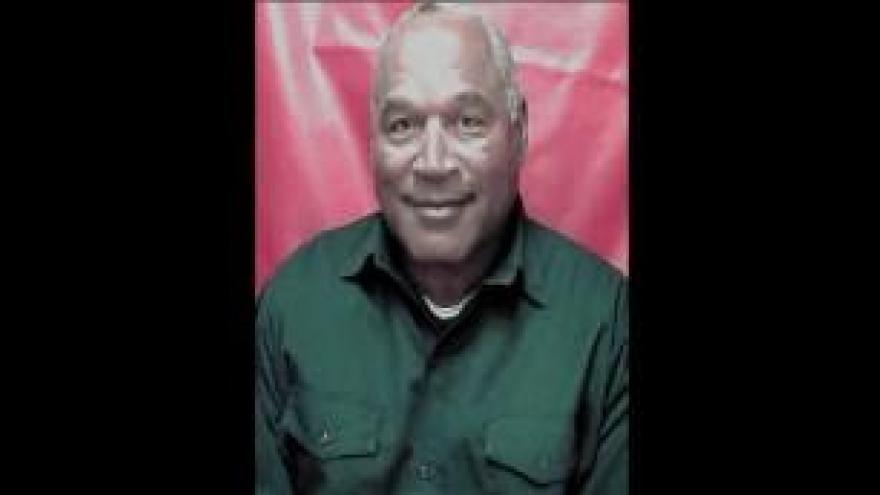 (CNN) O.J. Simpson could get out of prison later this year, if a pivotal parole hearing goes his way.

The hearing will likely take place in July, according to David Smith, spokesman for the Nevada Board of Parole Commissioners. Depending on the outcome, the "Juice" could be loose as soon as October 1. Previous ratings of Simpson have scored him in the low-risk category for release.

Simpson -- who was famously acquitted in 1995 in the slayings of his ex-wife Nicole Brown Simpson and her friend Ron Goldman -- has been serving out a nine-to-33-year sentence for his role in a 2007 incident that unfolded in a Las Vegas hotel room.

He and armed associates allegedly confronted memorabilia dealers Bruce Fromong and Alfred Beardsley and took pieces of Simpson's memorabilia from them. Simpson was convicted on charges including kidnapping, armed robbery and assault with a deadly weapon.

The former college and pro football star said at his sentencing that he was trying to reclaim family heirlooms and other personal items that had been stolen from him, and claimed that he was unaware his associates were carrying guns.

Simpson's lawyers in the Nevada case argued that the crime did not justify the time. They said that Simpson, 69, was getting a dose of payback from the Nevada justice system after his acquittal in the Brown and Goldman murders.

Simpson has always denied that he was their killer, though the Brown and Goldman families won a wrongful death civil judgment against him in 1997.

Since 2008, Simpson has been at Lovelock Correctional Facility, a medium-security prison in a remote desert town of the same name. This summer, Nevada prison inmate #1027820 will have his first chance at freedom. It comes at a time when Simpson has vaulted back into the limelight with the documentary "O.J.: Made in America," which captured the Academy Award for best documentary.

Ron Goldman's father, Fred, told CNN he is not surprised Simpson may be released from prison in October.

"Simpson has proven over and over again, throughout his life, he has absolutely no concern for the law or authority," Goldman said.

Simpson's attorneys did not respond to a request for comment.

At least four of seven commissioners will have to vote in Simpson's favor in order for him to be released. Here's how they will make their decision.

With a minimum sentence of nine years, this is the first year Simpson could be released. But he was granted parole on some of the counts against him at a 2013 hearing. This summer, he will only have to make parole on seven of the original 12 counts. Prosecutors declined to comment on the likelihood of Simpson being paroled.

Simpson's prosecution in the deaths and civil suit loss will have no impact on his bid for parole, said Smith, the parole board spokesman.

The parole board scores an inmate on several factors -- the higher the total score, the greater the risk involved in releasing them. A person with a score of zero to five points is deemed low risk; six to 11 points, medium risk; and 12 or more, high risk.

In 2013, Simpson scored three points overall. Little has changed for him since then, and he is likely to score similarly when he goes before the board again this summer.