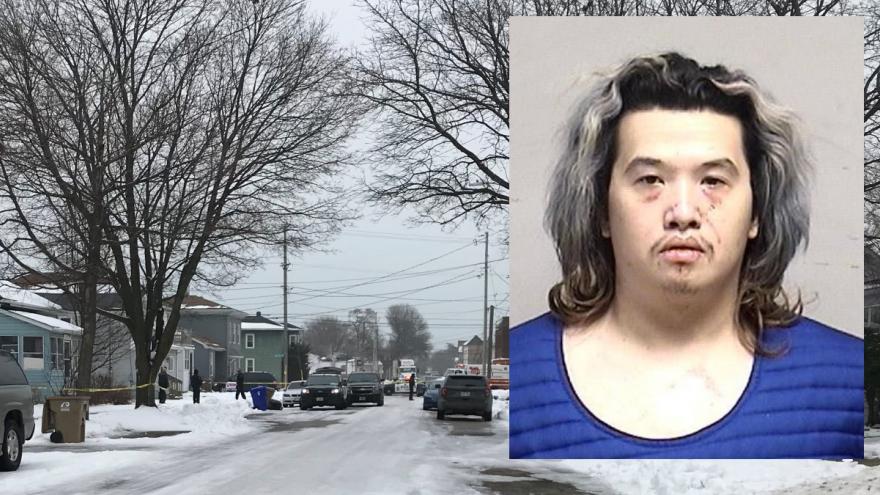 KENOSHA, Wis. (CBS 58) -- A court hearing took place Thursday, Jan. 7, for a man accused of using a machete to stab his father and stepmother to death in Kenosha.

According to the district attorney, 24-year-old Jesus Medrano III attacked the victims after they tried to stop him from sexually assaulting a 15-year-old relative on Wednesday, Jan. 6. The court commissioner called the allegations "nothing short of grisly."

Authorities say Medrano's stepmother entered the room and Medrano "jumped over the body" of his bleeding father and stabbed his stepmother.

Both parents, according to the district attorney, screamed for the other children inside the home -- a 6, 10 and 15-year-old -- to flee the residence. The children ran to a neighbor's home where they called 911.

The parents then barricaded themselves inside their bedroom and Medrano fled the scene. Both victims bled to death.

Authorities say one of the children, the 6-year-old, did not escape the home before witnessing the majority of the crime.

According to the DA, Medrano tried to escape to another relative's home about four blocks away, but was confronted by an officer. The officer said Medrano still had the machete in his hand and he was "covered in blood."

The district attorney said Medrano tried to get the officer to shoot him but he did not. Medrano was placed under arrest.

Medrano has been charged with the following: