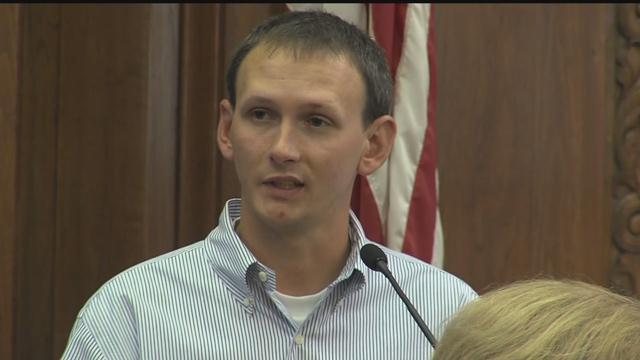 It's a trial that could set a gun law precedent nationwide, and it's taking place in Milwaukee.

Two police officers shot in the line of duty are suing the owners of a gun store.

The doctor who treated him says he has PTSD.

Norberg lost his teeth in the shooting, and suffered a shoulder injury.

Officer Norberg and Graham Kunisch are suing Badger Guns for a straw purchase they say led to Burton getting the gun used to shoot them.

Norberg says he had several surgeries so he could eat solid foods again but lives with the guilt of not being able to stop Julius Burton from shooting fellow Officer Kunisch.

“I'd be covered in sweat as if I took a shower, didn't dry off and jumped in the bed. That continued on for all those months," Norberg said.