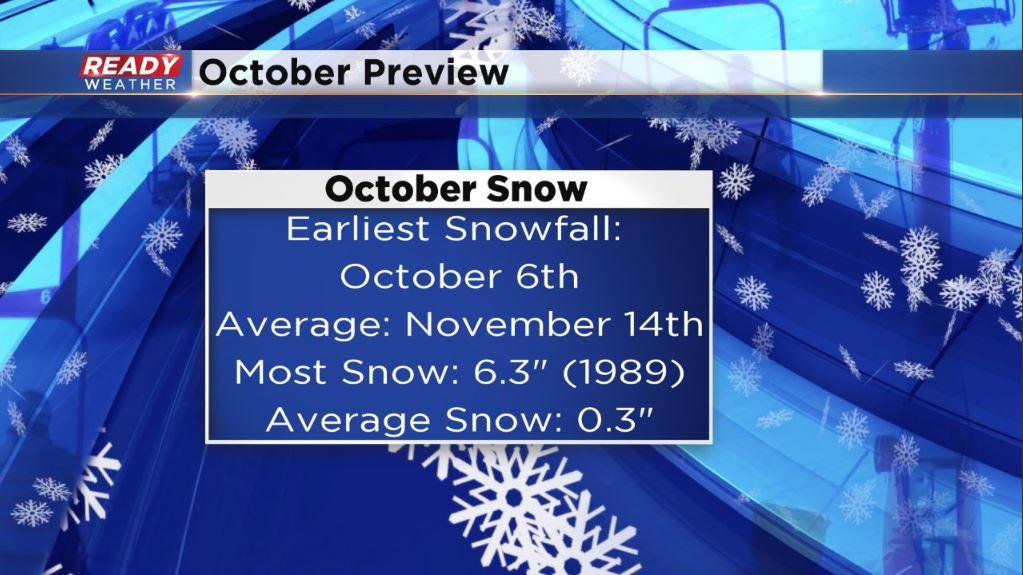 Welcome to October! Even though we just wrapped up one of the warmest Septembers on record, the temperatures have certainly cooled down and eventually that means it will snow in the Badger State. But first, let's talk about the warmth. Besides a few days at the beginning and end of September, every single day last month was at or above average. All in all the month ended with an average temperature of 68.6° tied with 2005 for second warmest on record. The warmest was September, 1931 with an average temp a degree warmer at 69.6°. 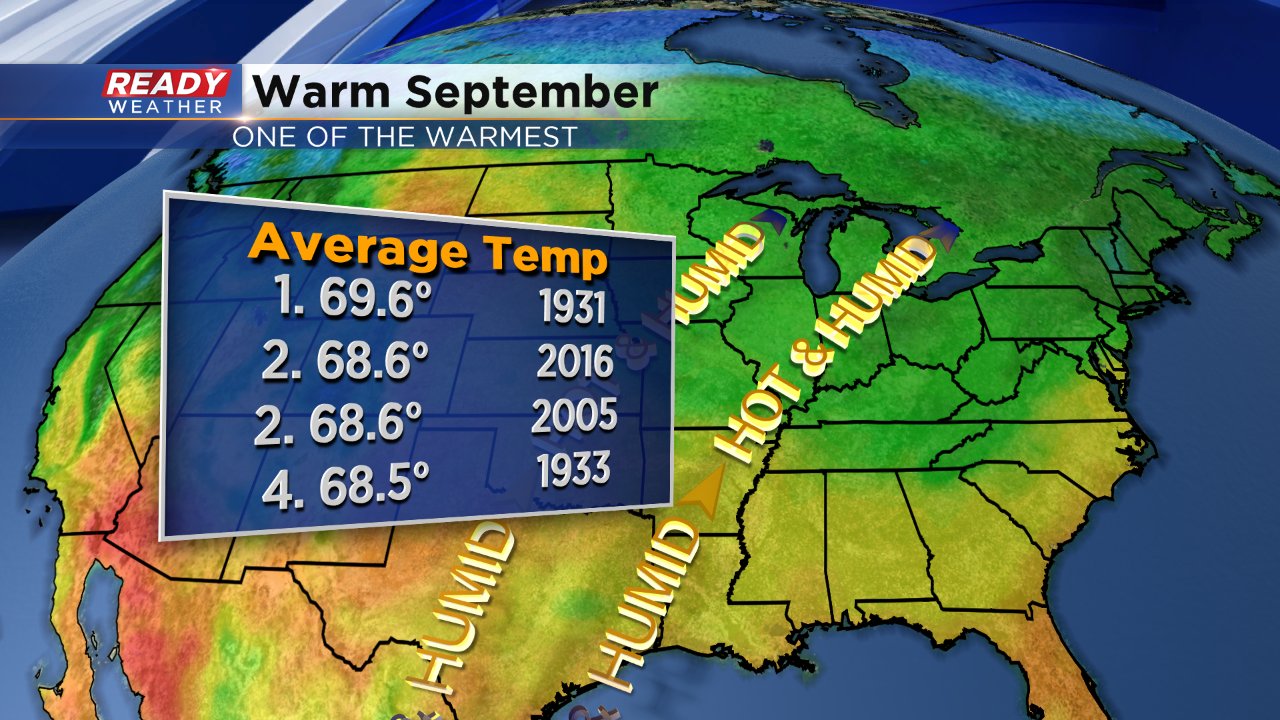 Even though temperatures lately have been cooler, they are actually fairly close to average. We haven't had a high temperature in Milwaukee fail to reach 60° since May 18. A streak of 136 days. The average high for October 1 is 65° falling more than ten degrees to 54° by Halloween. 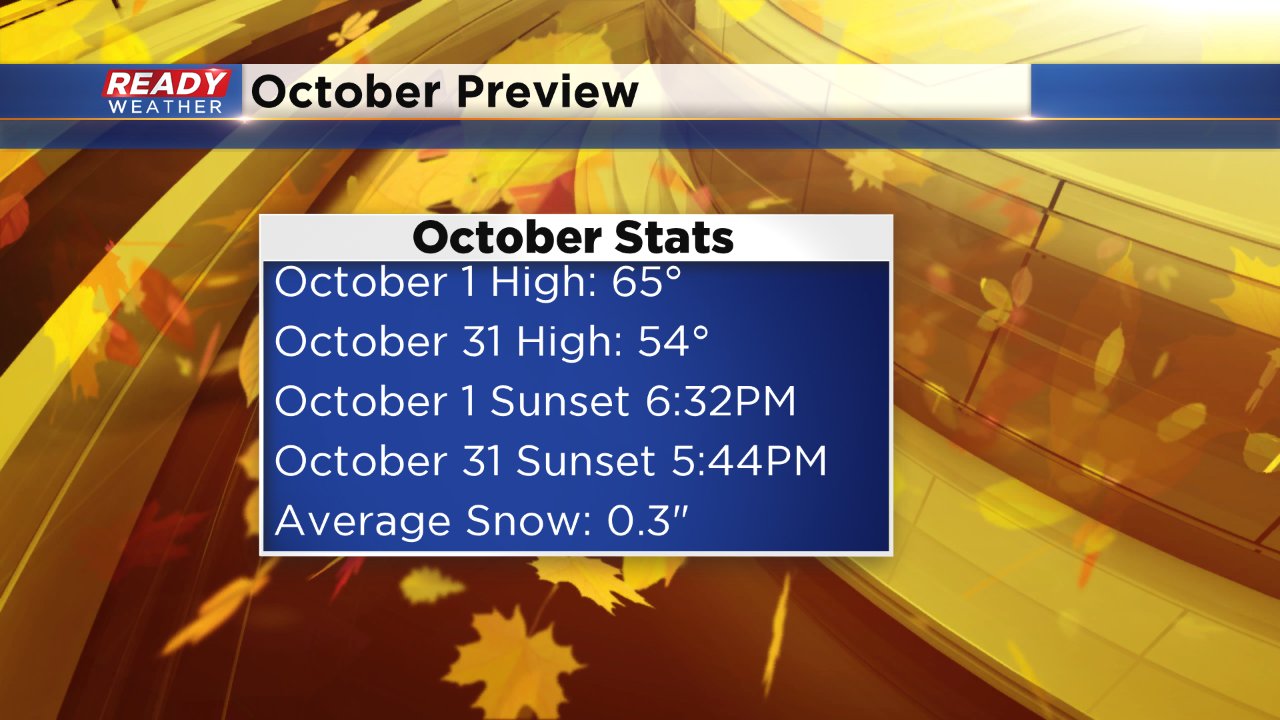 And then there's the snow. October typically also brings our first chances for snow. The month averages 0.3" of snow. The most snowfall we've ever had in October was 1989 when 6.3" fell and the earliest we've ever had measurable snow over a tenth of an inch was October 6th. 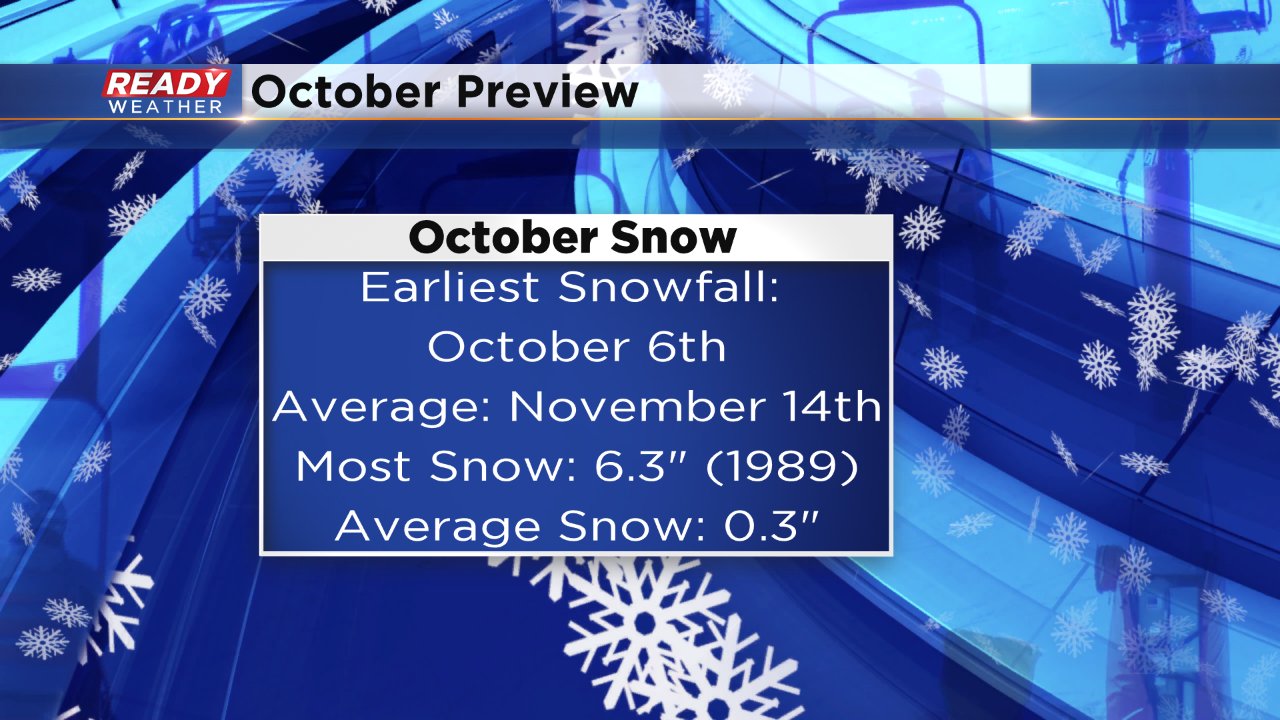 But don't worry, there is no snow in the current Ready Weather 10-Day Forecast! But, it does include a return to high temperatures in the 50s as we end October's second week.