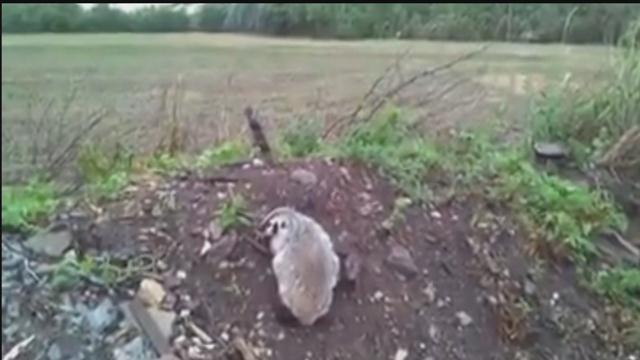 It may be called the Badger State, but seeing one in the wild is actually pretty rare.

That's why the Oconomowoc group “Wildlife in Need" was pretty surprised when a homeowner accidentally caught one.

The man was trying to trap woodchucks but instead found this guy stuck in a trap.

He called "Wildlife in Need" for some help.

They were able to find the badger's burrow and return him home.

The badger looked around for a bit before scampering back in his hole.