Obamacare 2.0 kicks off without a hitch 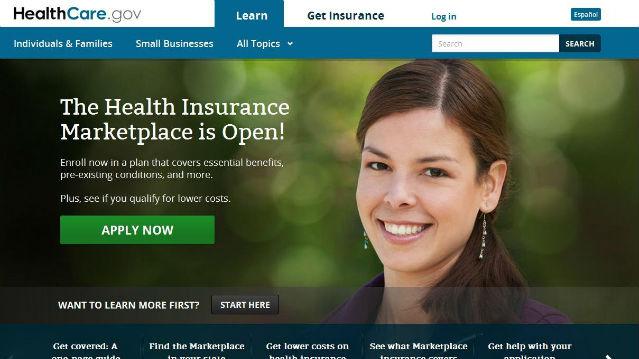 Obamacare 2.0 opened for enrollment early Saturday morning with less fanfare and fewer glitches than a year ago. I was able to easily create an account and saw very few reports online of any problems signing in. Last year, the site crashed almost immediately.

Starting today, Americans looking for health insurance for 2015 can apply on the federal exchange, which covers 37 states, as well as on the individual state exchanges. (Maryland's exchange, which was overhauled after failing to work last year, opens for online enrollment Nov. 19.)

Whether Obamacare 2.0 succeeds, however, depends on more than just the websites functioning. There were lots of questions and concerns swirling around health reform. CNNMoney tackles some of the biggest ones:

1. How many people ultimately enrolled in Year 1? While the Obama administration boasted that 8.1 million people signed up for coverage on the exchanges, it didn't reveal how many had actually completed enrollment by paying their premiums until the fall. That figure turned out to be 7.1 million, or about 88% of those who picked plans, as of mid-October, and is in line with what insurers were saying all along.

2. What's happening to premiums for 2015? Premiums are rising 5.6%, on average, according to Pricewaterhouse Coopers, which has collected data on 43 states and the District of Columbia. The average premium is $381 across all ages and health coverage levels. But what will happen to your premiums will really depend on where you live.

Rate changes vary, from a 22% drop to a 35% spike. Consumers, however, will have more choices, which could give them lower-cost options. There will be 63 more insurers offering plans across 44 states, according to the administration.

It's important that people who enrolled for 2014 shop around for new plans this year or they could find themselves with a nasty shock when the bill arrives. Subsidies are tied to the price of the second lowest-cost silver policy. Since there are so many more insurers this year, that benchmark may very well change this year, leaving you to foot the difference.

For most enrollees, premium increases will be irrelevant because they receive federal subsidies that ensure they pay no more than 9.5% of their annual income. Some 87% of those who signed up on the federal exchange for 2014 coverage are paying an average of $82 a month.

But nearly 4 million poor, uninsured adults fall into the so-called \"coverage gap\" in the states that haven't expanded.

3. Will consumers have a wider choice of doctors and hospitals? A little wider probably, but consumers will still have to hunt for providers who accept their plan, said Larry Levitt, senior vice president at the Kaiser Family Foundation. Insurers are trying to keep doctor and hospital networks on the narrow side to keep premiums low. But the bright spot is that most enrollees will have a wider choice of insurers, which makes it more likely they'll also have more doctors and hospitals to choose from.

4. Will the website work? Good question. The Obama administration promises it will, but it remains to be seen what happens on Nov. 15. There's a new health secretary, Sylvia Burwell, and a new chief executive of the federal exchange, Kevin Counihan, who headed up the successful state exchange in Connecticut. President Obama said earlier this month: \"We're really making sure the website works super well...we're double and triple checking it.\"

5. How many people will sign up? The goal for 2015 is between 9 and 9.9 million. That's far below the Congressional Budget Office's projection of 13 million, but is an acknowledgment that it will be harder to get people to sign up this time around, experts said. Outreach groups and state exchanges said they are ramping up their efforts to reach the uninsured. Many experts, however, feel that those who want coverage already signed up, which means it will be harder to convince the remaining uninsured to enroll.

6. Will more states expand Medicaid? It's not too likely, especially since Republican governors either held onto their seats or beat the Democratic incumbent. So far, 21 states are refusing to expand the government health insurance to all residents below 138% of the poverty line. Two states -- Utah and Indiana -- are looking into expanding but with their own variations on the program. It remains to be seen whether the pressure will build on the remaining holdout states, whose public hospitals are seeing their uninsured patient base jump because of the choice not to expand.

Some 8.7 million more people are enrolled in Medicaid as of August than were last year. This includes people who are newly eligible under Obamacare, as well as people who were qualified but hadn't enrolled.

7. Has Obamacare cost jobs? That's difficult to assess. There's little evidence to show that Obamacare is costing jobs, said Tim Jost, a law professor at Washington and Lee University, noting that employment has been growing all year. Some employers, however, have acknowledged keeping workers below 30 hours a week so they don't have to provide them with policies.