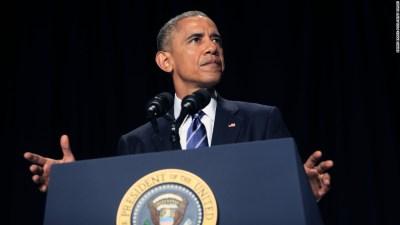 That's according to President Obama, who on Monday evening previewed a key part of a proposed change to overtime rules.

The Department of Labor will later this week propose raising it to roughly $50,440 ($970 a week) and index it to inflation. The increase would only be the second one since 1975.

\"That's good for workers who want fair pay, and it's good for business owners who are already paying their employees what they deserve -- since those who are doing right by their employees are undercut by competitors who aren't,\" Obama wrote in an op-ed in the Huffington Post.

While advocates for the change see a big win for workers, the business community sees the issue differently.

A report from the National Retail Federation, for instance, contends that implementation of the new rules will cost retailers and restaurants millions of dollars, and they will \"hollow out\" low- and mid-level management positions, curtailing career advancement for middle class workers, especially in rural states.

Today, salaried employees who make more than $23,600, but less than $50,000, are not eligible for overtime if they perform so-called \"exempt\" managerial duties. Under the new rules, they will be.

The change in the income threshold will require employers to reclassify millions of salaried workers as hourly workers -- and that could cause them to lose some benefits, said Tammy McCutchen, who used to run the DOL's Wage and Labor Division and is now a management-side lawyer with Littler Mendelson.

\"The higher up you go in the corporate structure, the more the market demands better benefits,\" McCutchen said. And hourly workers are considered on a lower level than salaried ones.

Some companies, for instance, offer merit-based bonuses to salaried workers but not to hourly ones. Or they may be put on a different vesting schedule for vacation days.

Their morale could suffer too.

For instance, while salaried workers have some latitude to schedule their day, hourly workers may have their pay docked or have to use vacation time for things like midday doctor's appointments.

In addition, some employers may try to get around paying overtime by insisting that workers put in no more than 40 hours a week.

Or companies may lower eligible workers' base pay to offset any overtime. So even if they work overtime, they may not get paid a dime more than they do now.

The new rules are aimed at addressing what the White House says is an erosion of the rules that established the 40-hour workweek -- a \"linchpin of the middle class.\"