Nun pitches in to help with Irma cleanup 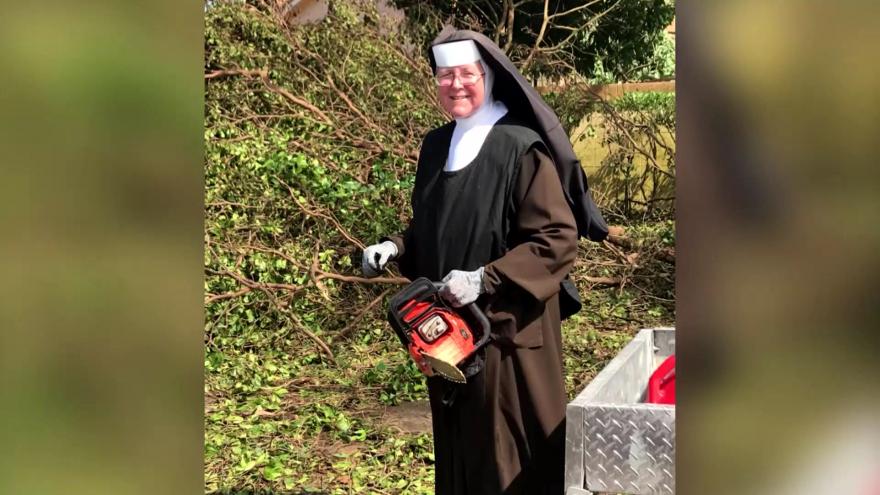 MIAMI (CBS 58) – Sister Margaret Ann from a high school in Miami-Dade County Florida isn’t waiting around for cleanup crews to help with the aftermath of Irma.

Instead, she grabbed a chainsaw and took it upon herself to clear a tree that was blocking a road.

The Miami-Dade Police Department posted a picture of the smiling nun on their Twitter feed.

? of Sister Margaret Ann in action. Thank you to all of our neighbors that are working together to get through this! We are #MiamiDadeStrong pic.twitter.com/5tG6nzk7Ye

We are #OneCommunity in @MiamiDadeCounty! Thank you Sister Margaret Ann of @ACCHS_Bulldogs for pitching in as we recover from #Irma ? pic.twitter.com/KSqdHFHJuv