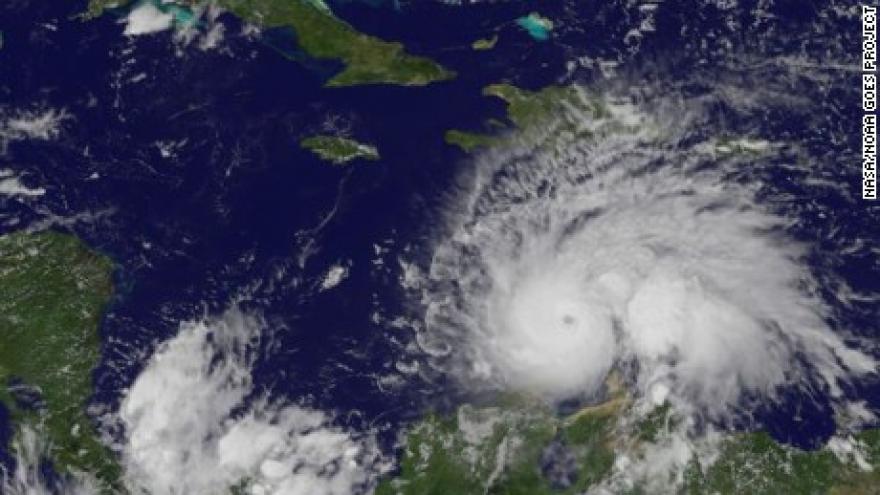 (CNN) Warm sea surface temperatures and a weak or non-existent El Niño will contribute to an above-normal hurricane season in the Atlantic this year, NOAA announced Thursday, saying that 11 to 17 named storms, five to nine hurricanes and two to four major hurricanes are possible.

The predictions came in the official forecast by the National Oceanic and Atmospheric Administration (NOAA) for the hurricane season that begins June 1.

"The outlook reflects our expectation of a weak or non-existent El Niño, near- or above-average sea surface temperatures across the Atlantic, and average or weaker-than-average vertical wind shear," said Dr. Gerry Bell, lead seasonal hurricane forecaster with NOAA.

The prediction of "above normal, or near normal" storm activity will likely put coastal residents on edge. This year marks the 25th anniversary of Hurricane Andrew -- one of the most devastating storms ever recorded -- and that came during a below-average season. That should give people pause -- and remind them to make a plan and be prepared.

"This season has had a running start," according to Ben Friedman, acting NOAA administrator. Tropical Storm Arlene formed briefly in April in the north-central Atlantic. An extremely rare occurrence, Arlene was just the second named storm on record for the month of April.

This forecast was made in early April when a weak to moderate El Niño was forecast to develop during the peak of hurricane season. Colorado State will update its seasonal forecast on June 1.

El Niño is a naturally occurring phenomenon characterized by warmer than normal water in the eastern Pacific equatorial region. While El Niño occurs in the Pacific Ocean, it has widespread impact on the global climate. One of the elements affected is increased wind shear across the tropical Atlantic, which creates hostile conditions for tropical development.

Citing the El Niño effect, Colorado State forecasters say there's a 42% chance of a major hurricane making landfall in the US this season. The average risk is 52%.

Amazingly, the US has not experienced a major hurricane landfall since Hurricane Wilma in 2005.

"The odds of going 11 years without a major hurricane landfall in the US is around 1 in 2,000," said Phil Klotzbach, a hurricane research scientist at Colorado State University.

After several quieter seasons, 2016 was above normal, as expected, with 15 named storms, seven hurricanes and four major hurricanes. Hurricane Matthew had the greatest impact, with its center passing just offshore of eastern Florida and Georgia as a major hurricane, before making landfall in South Carolina as a Category 1 storm and bringing historic flooding to North Carolina.

There was also Hurricane Hermine, which became the first hurricane to make landfall in Florida in 11 years, the state's longest hurricane-free streak.

"There is a potential for a lot of Atlantic storm activity this year. We cannot stop hurricanes, but again, we can prepare for them," said Friedman.