Family Calls for "No Retaliation" after Racine Shooting Death, Instead Want Information 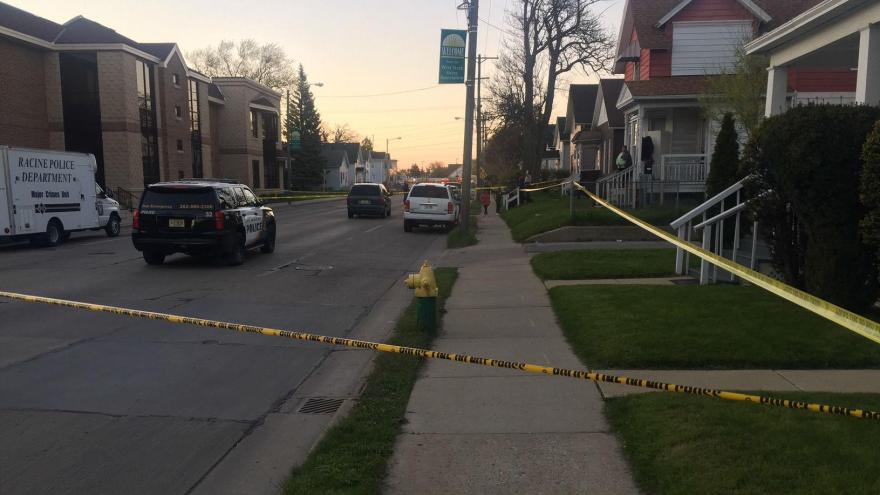 The family of the 20-year-old man who was shot and killed in Racine on Sunday is calling for "no retaliation" following his death.

No one has been arrested for the crime, according to a press release from Racine Police.

Harry Canady was visiting his girlfriend here on North Memorial Drive and Oak Street when he was shot, family members attending a Tuesday evening vigil said.

They say they do not believe the shooting was provoked because they were told he was sitting on the porch using his phone when it happened.

During the vigil Pastor Frank James II of Changing Lives Ministries called on people not to "do anything stupid after this shooting" because more violence will accomplish nothing.

People who knew Canady said he had no temper and if he did get mad it was only for about five seconds at a time.

Tanya Wooden, Canady's mother, said they say they don't know what lead to the shooting and don't know if anything had happened earlier in the day.

But that is beside the point, Wooden said.

"It doesn't make sense. I don't care if you disliked him. I don't care if you had an argument, but to come around and kill him - his life wasn't worth whatever argument you may have been in. Period. And I know they didn't know Harry. Because Harry doesn't stay made angry or upset. None of that," Wooden said.

"This has been the hardest thing in my life. I pray that nobody every have to go through the way I feel right now. It's very unbelievable," Harry Canady Sr., Canady's father, said.

"Nobody wants to go through this. I never felt pain like this, even when my mother died or other family members. I thought I was in worse pain then but this is a whole lot of pain. don't nobody want to go through this," Canady Sr. said.

The shooting happened in broad daylight on Sunday just after 5 p.m. Racine Police are calling on members of the public who may know something to contact them with that information.