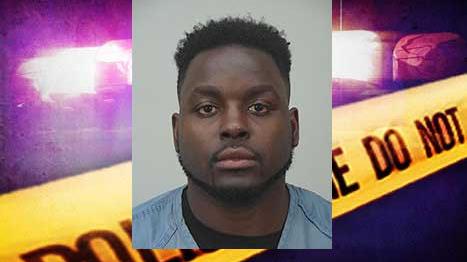 Montee Ball is facing new charges of domestic abuse in connection with an incident in 2014 involving his ex-girlfriend of two years.

These charges come after Ball, 25, was arrested February 5 in Madison on accusations he was violent with another woman.  Ball in that case admitted to pushing her. She told police Ball threw her and she fell, hitting the corner of a table.

The woman accusing Ball of new charges said in the incident occurred in 2014 but spoke to police on February 7, 2016.

In this incident, Ball invited her to his hotel room where they began a loud argument in the lobby. Visitors at the hotel over heard the fight and suggested the two separate for an hour. When Ball returned he was allegedly highly intoxicated.

She said she noticed on his phone a text from another woman which made her upset. She said he took his phone and threw it at her. The phone struck her in the face. He then allegedly placed his right hand on her throat. Ball grabbed her around her neck using his right hand and applied pressure and lifted her up.

She said she started to black out.  When she regained consciousness he picked her up and threw her outside the hotel room.

A few days after the alleged attack Ball came over to her apartment where she issued an ultimatum that he seek treatment for his behavior. Ball said he would not seek treatment.

The woman told police that Ball was also a “shover” when he was intoxicated.