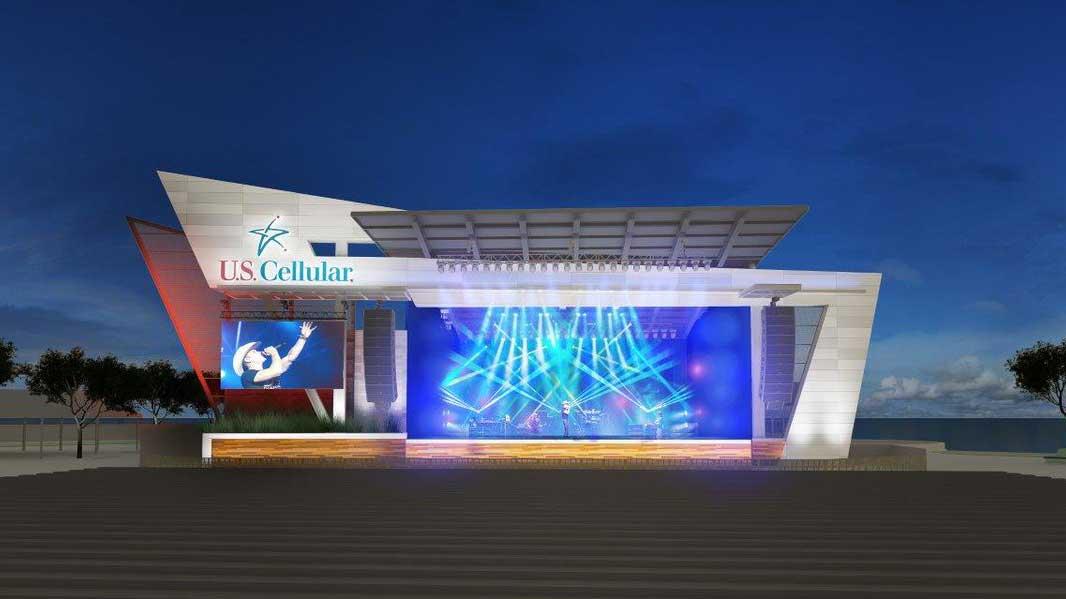 With work already under way on a project to enhance the visitor experience ahead of next summer's fiftieth anniversary of Summerfest, organizers are also unveiling plans for a major renovation that will set the stage for the next fifty years.

A new U.S. Cellular Connection Stage will debut at Summerfest 2018.

The redesigned stage will hold more people than the current stage, which hasn't been upgraded since 1996. It will host mostly pop and country music acts.

The stage will have a 25 foot LED screen, the largest video screen on the grounds. Upgrades to the sound system and accommodations for performing artists will also happen -- organizers hope this will draw more large scale acts, so Summerfest will keep growing.

"There's festivals worldwide, and not only that, we compete with arenas and stadiums for more acts," said Don Smiley, President of World Music Festival. "So it's really incumbent on us to provide the best amenities and grounds for the artists coming in."

"Our competition is global," Smiley said.