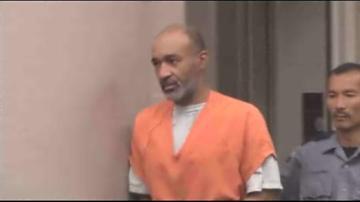 MILWAUKEE -- The suspect in a Milwaukee murder case that prompted a police review of response times was back in court Monday morning.

Moreal Wilson, 52, is charged with first degree intentional homicide in the death of Barbara Killebrew.

It took officers 22 minutes to get to the crime scene of Killebrew's apartment the evening of June 24.

During Wilson's preliminary hearing, his defense attorney tried to pinpoint any police wrongdoing in this case, but the court commissioner ruled all those questions were irrelevant.

Instead, the court heard testimony from one of the detectives on the case, Matthew Bell.

He said Wilson stated he was with the victim in her upper apartment on North 24th Place when they got into an argument.

Wilson told police the victim ended up on the bed, where he straddled her, then stabbed her three to four times in the chest.

The Medical Examiner's Officer determined the woman had actually been stabbed 16 times.

Bell testified the 60-year-old victim made it to back stairwell, where she was found fighting for her life by the lead detective.

\"He had stated when he arrived, the body of Ms. Killebrew was in the lower residence,\" said Bell. \"It was in between the lower bathroom in a large amount of blood.\"

The court commissioner found probable cause in the case, ordering Wilson be bound over for trial.

If convicted, he could be sent to prison for life.

His next court appearance is set for July 22.