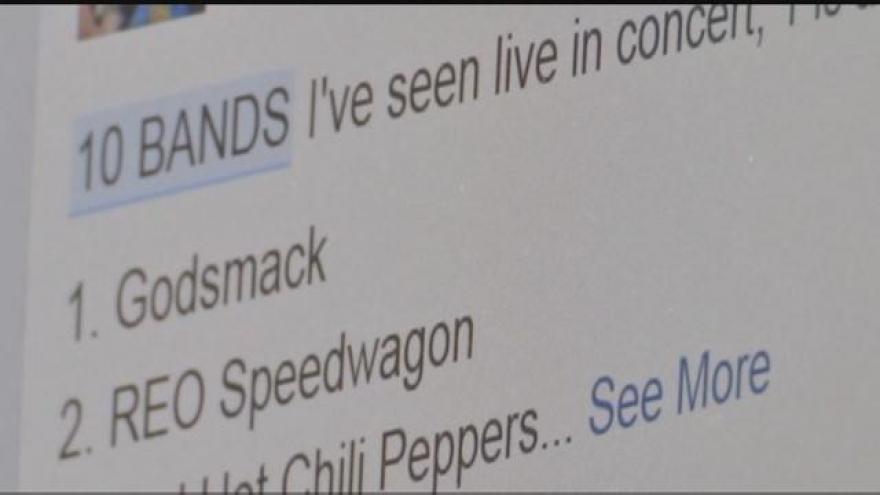 The man who originated a new Facebook game is shocked how popular it has become.

He says Tuesday he wrote a post asking friends to list ten concerts they have seen. It also has to include one fake one and friends have to guess which one it is.

Casserino shared the post with friends and it has since gone worldwide.

\"It's pretty cool. I like it. I thought it was something fun to do. I'm not trying to annoy anybody,” says Casserino.

Not everyone digs the phenomenon. The ten bands post clogged Facebook news feeds for days, but Casserino says he is fine with that.