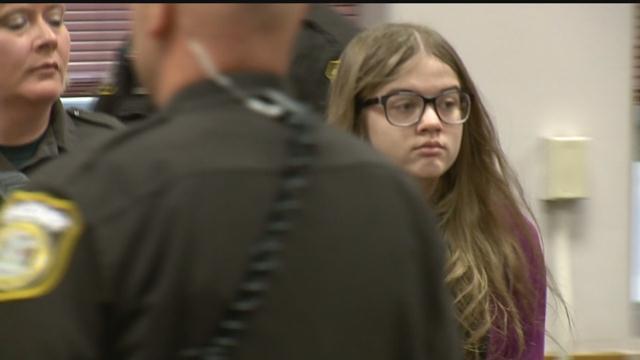 Morgan Geyser's attorney is requesting she be released to her grandparents, according to recently released court documents.

In the request it says Geyser's grandparents have removed all weapons from the home including his hunting rifle and hunting bow.

They also have purchased a safe to keep the kitchen knives and say no other weapons in the house.

Morgan Geyser and Anissa Weier, both 13 at the time, planned and carried out the stabbing of a classmate to appease a fictional character Slender Man.

Weier is also requesting a release with 24-7 adult supervision.

As for geyser, mental health experts reported geyser was diagnosed with a schizophrenia disorder and has a hard time deciphering reality.

Attorneys said a doctor has now testified that Geyser's mental illness is being treated and stabilized.

This document also talks about geyser being sexually assaulted while in the facility.

CBS 58 contacted both attorneys but no one was available for a comment.