'Never thought he would have passed away this way': 20-year-old Sheboygan father dies from COVID

NOW: ’Never thought he would have passed away this way’: 20-year-old Sheboygan father dies from COVID

SHEBOYGAN (CBS 58) -- A Sheboygan father died from COVID on New Year's Eve. The 20-year-old leaves behind two little girls, one of them will be born in April 2022.

"We've been together since day one, we did everything together," Gavin Horton said.

"I am just so thankful to have experienced his love," Sierra Horton said. She is his sister. 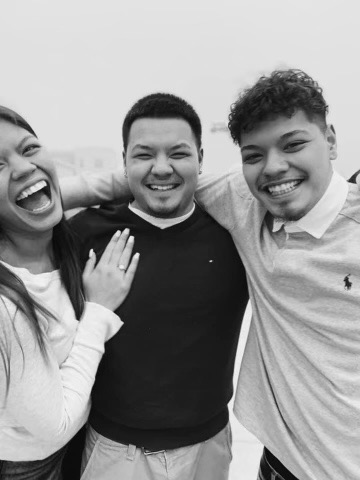 Noah tested positive on Sunday, Dec 19. He had a cough, chills and could barely move or eat. He spent Christmas with his family on Facetime.

"Imagine laying down on your back and people putting three cement blocks on your chest. He's like, 'that's how I feel,'" Sierra said.

"They ran his vitals and his oxygen levels were good, so he was not admitted."

Sierra urged family to get to Noah's house immediately. She called his girlfriend back to learn Noah died.

"I heard the woman with the ambulance tell her he had been passed away for awhile."

"No words, I never thought he would have passed away this way."`

Gavin had COVID last year. He is also unvaccinated. He says his symptoms were mild.

"I had no taste or smell, I felt kind of weak, but after two weeks I was fine," Gavin said.

The winter holiday season will never be the same for the family. However, they say they will try to make the best of it.

"My entire adulthood has been around setting a positive example for both Gavin and Noah, and I think each year I will continue to do that and celebrate those efforts and achievements on New Year's Eve in honor of Noah," Sierra said.

The Horton family is encouraging families to get vaccinated and be safe.