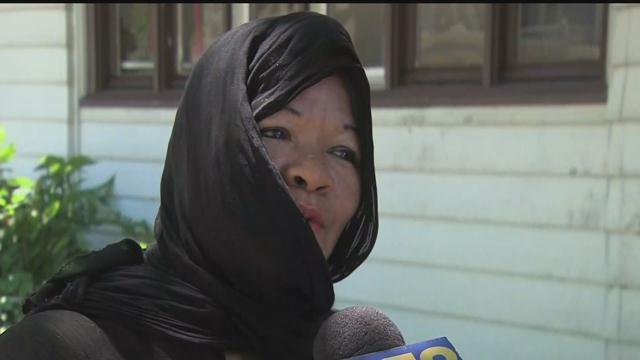 The investigation into the disappearance of a young Milwaukee girl has again gone cold.

A DNA sample given by a woman in Ohio has proven she is not Alexis Patterson.

CBS 58's Jacob Kittilstad has been gathering reaction from neighbors who live near the spot where Alexis was last seen.

Patterson was last seen at the corner of Hi-mount Elementary School.

That's why this latest lead in Ohio brought so much hope to the case.

So consider the background, Milwaukee Police report they were alerted by Alexis's mother at 3 PM on May 3, 2002.

In the past month, a man from Ohio called authorities saying that he believes his ex-wife is that missing girl all grown up.

He provided photo to investigators and got the ball rolling.

But the Ohio woman, according to authorities maintained she was not Alexis Patterson.

She provided identifying documents including a birth certificate finally submitting a DNA-test showing that in fact she was not Alexis Patterson.

Other evidence also showed discrepancies including the woman's age.

She was seven years older than Alexis would have been at this time.

In the Washington Heights neighborhood word spread quickly: "It's not Alexis.”

"I was hopeful that it was her for her parents sake, for the family's sake, for the sake of the story and ending the story. To solve this unsolved mystery,” said one neighbor.

Zakkiyya Liphford lives across the lot where Alexis's family once lived.

A fire took down the building years ago.

She had concerns about the Ohio claims, but was hopeful for the family until she got today's news.

"I just crumbled. I'm just going to continue holding onto those moments and continue to pray for her,” Liphford said.

Her daughter was the young girls good friend and it's been difficult for both ever since.

"Well my daughter was like, because she was small at the time - the same age - she's like 'She'll be back. She'll be back. And at that age you're not really thinking like adults. So her reaction was 'Oh, she's just gone for a minute. She probably just left to get some candy'. Except she never came back from getting the candy,” said Liphford.