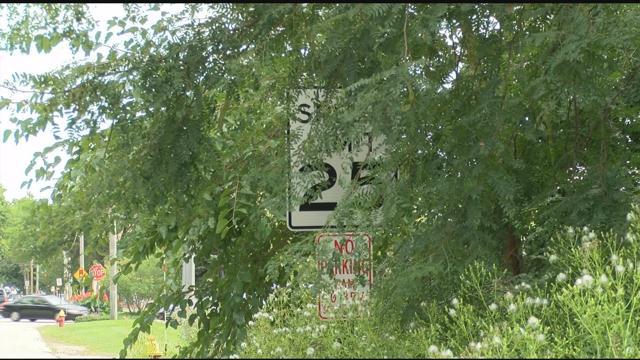 An eyesore at Bayshore. Nearby residents are calling out the shopping center for failed promises and unkempt property.

They said it's significantly lowered their home values and are demanding something be done.

Dufek is talking about the litter beer bottles, trash and cardboard, not to mention the overgrown weeds, right across the street from his house.

According to reports, its owners entered into an agreement with the City of Glendale for its 2006 expansion project. It required Bayshore to build housing on Lydell Avenue, blocking the view of the parking garage.

Dufek and his neighbors have complained to Glendale and Whitefish bay, but to no avail.

In the meantime, a speed limit sign hides behind overgrown brush and families have to be extra careful just to walk to the shopping center.

\"A very poor neighbor,\" Dufek said. \"You think they'd have concern about the effect on other neighbors, but they clearly don't care.\"

CBS 58 reached out to them for details and Glendale city officials about its development agreement with Bayshore, but did not hear back. CBS 58 will follow up on this story and bring you the new details as they develop.